Ukraine became a vast pool of U.S. taxpayer-funded “aid” that poured into that long-corrupt nation and then saw piles of kickbacks returned to powerful and politically-connected recipients.

The far-left media is still trying to ignore how many times Joe Biden grabbed some of that Ukraine stash for his family but chances are it wasn’t anywhere near what the Clintons did – and all with the blessing of President Obama. 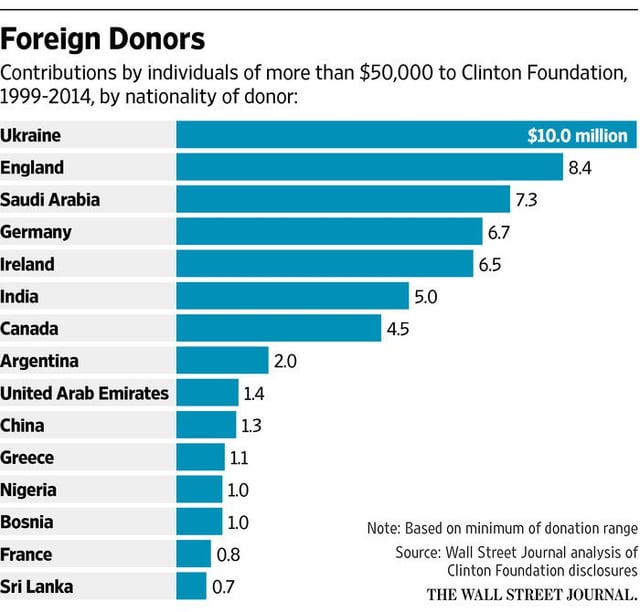 And check out this excerpt from a 2015 report:

Between 2009 and 2013, including when Mrs. Clinton was secretary of state, the Clinton Foundation received at least $8.6 million from the Victor Pinchuk Foundation, according to that foundation, which is based in Kiev, Ukraine. It was created by Mr. Pinchuk, whose fortune stems from a pipe-making company. He served two terms as an elected member of the Ukrainian Parliament and is a proponent of closer ties between Ukraine and the European Union.

Now we’ll connect the dots that bind Mr. Pinchuk and the Obama White House via this Fox News report of three days ago:

It is in connection with Paul Manafort that we encounter some genuine collusion targeting the 2016 campaign: willful collaboration among foreign governments, the Obama administration, and the Clinton campaign.

…Manafort had brought influential Democrats into his Ukrainian work, such as former Obama White House Counsel Greg Craig and the consulting firm started by Obama and Clinton adviser John Podesta — a firm that is still run by Podesta’s brother.)

Leshchenko just happens to be a vassal of Victor Pinchuk, a Ukrainian billionaire who just happens to give millions of dollars to the Clinton Foundation. Wonder of wonders, Leshchenko took a public, strident anti-Trump position during the U.S. campaign — highly unusual for a foreign parliamentarian.

…Which brings us back to Serhiy Leshchenko, Ukraine’s unabashed Clinton backer. And whaddya know — besides serving the government in Kiev and providing scintillating geopolitical analysis, Leshchenko had a side job: he was a source for…wait for it…Fusion GPS — the Clinton campaign-opposition arm, led by Glenn Simpson, which later dreamed up the Steele dossier.

What the above outlines is the multi-millions cash-grab that Ukraine had become for the Clintons, some of their closest associates, and members of the Obama administration. Those in Ukraine who were benefiting from this as well didn’t want to see the billions pouring in from U.S. taxpayer-funded aid, to end. They offered help to the Clinton campaign to attack then-candidate Donald Trump. This help reached far beyond the borders of Ukraine and included, but was not limited to, foreign agents in Great Britain, Italy, and elsewhere.

And to be sure, none of this far-reaching corruption could have taken place without the blessing of President Obama, Vice-President Joe Biden, etc.

When Donald Trump won the presidency the enemies of America both internal and external, were all stunned and scared.

The Trump-Russia hoax followed. When that failed, when President Trump refused to buckle and successfully fought back, this latest Ukraine-Trump scheme was hatched and unleashed and strident screeching for impeachment soon followed. 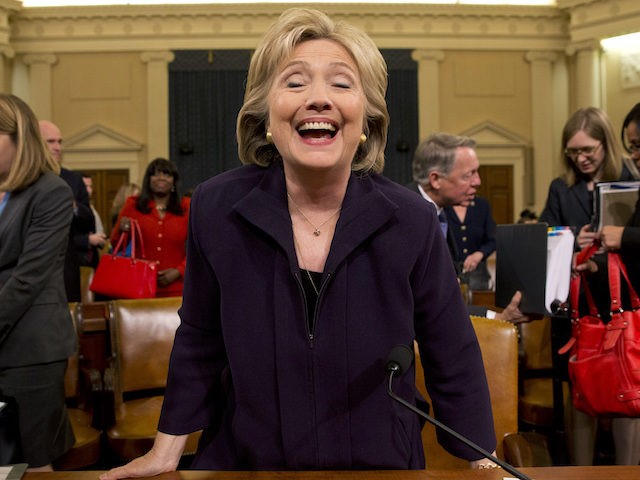