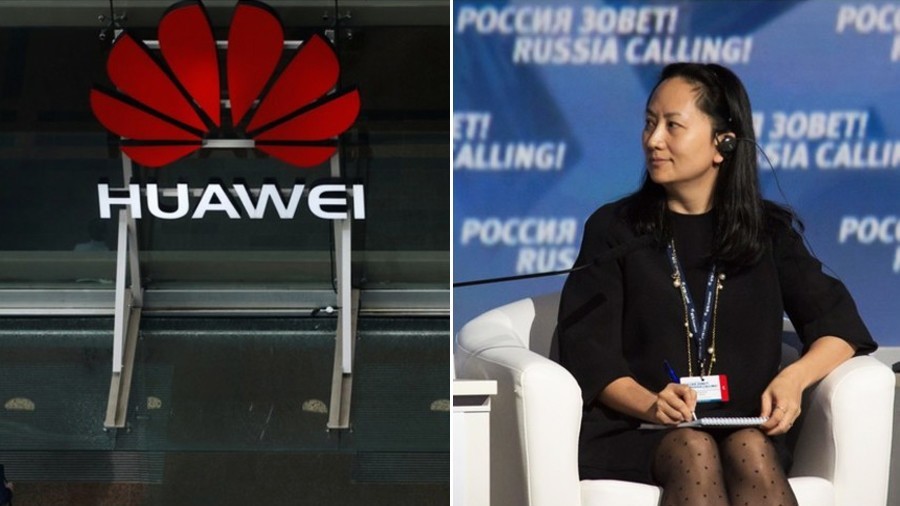 Furious Beijing has demanded explanations from Ottawa and Washington after a senior officer of the Chinese telecom giant was detained in Canada on a request from the US. China urges her immediate release.

Furious Beijing has demanded explanations from Ottawa and Washington after a senior officer of the Chinese telecom giant was detained in Canada on a request from the US. China urges her immediate release.

Chinese Foreign Ministry spokesman Geng Shuang said neither Canada nor the US has so far responded to Beijing’s concerns. “We have made solemn representations to Canada and the US, demanding that both parties immediately clarify the reasons for the detention, and immediately release the detainee to protect the person’s legal rights.”

The Chinese Embassy in Canada earlier issued a statement, saying that Beijing “strongly protests over such kind of actions” as they “seriously harmed the human rights of the victim.” The embassy says the arrest was unwarranted since Meng was “not violating any American or Canadian law.”

Meng Wanzhou, Huawei’s chief financial officer, was detained by Canadian law enforcement on Saturday and faces extradition to the US.

The US reportedly wants her on charges of dealing with Iran in violation of US sanctions. Huawei separately faces opposition from the US intelligence community, where some officials see it as a threat to national security and seek to undermine its access to the American market.

#Huawei’s CFO Sabrina Meng Wanzhou has been arrested in #Canada: who is she, and why the big deal? https://t.co/GKNCiuVXRH by @celiachensi

Meng is the daughter of Huawei founder Ren Zhengfei and deputy chair of the company’s board. She was detained in Vancouver and is to stand before a bail hearing on Friday, according to the Canadian authorities.

The company denied any wrongdoing after news of the detention broke on Wednesday and said it was provided with “very little information” about the charges against Meng.

The arrest comes just as China and the US appear to have called a truce in their tariff war.