You may have noticed a recent article in the Washington Post by Juliette N. Kayyem entitled, “Anti-vaxxers are dangerous. Make them face isolation, fines, arrests.“ 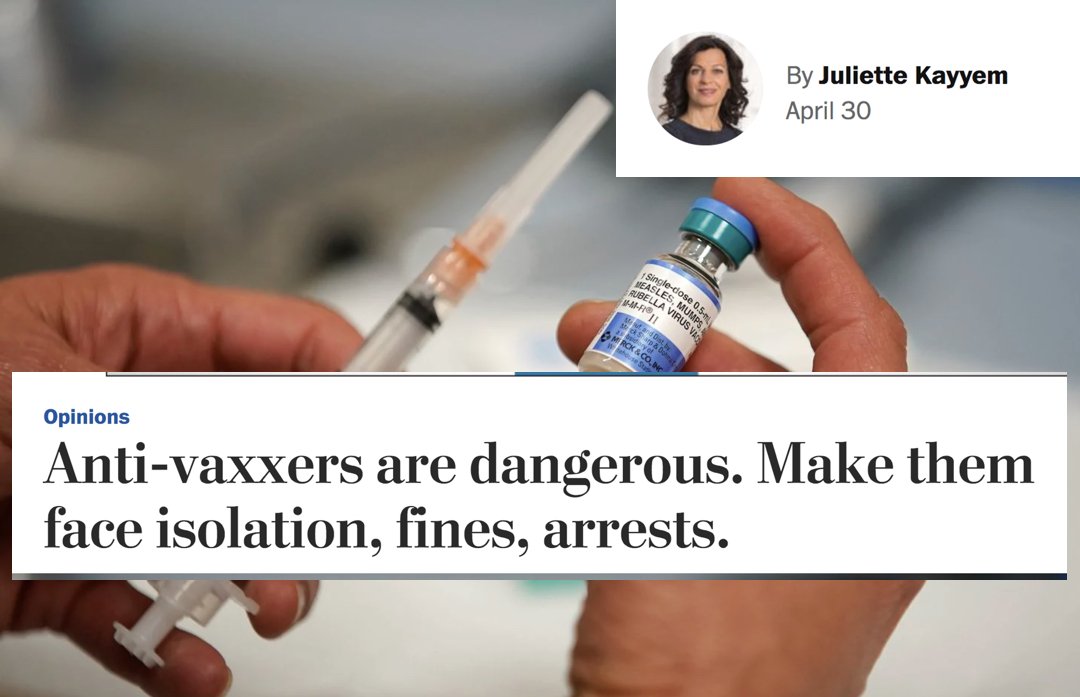 My initial reaction was the article must have been written by a moron. However, my opinion changed when I discovered the author, Ms. Kayyem, graduated Harvard law school in 1995. So, it appears this article is a carefully crafted piece of pro-vaccine industry propaganda. In other words, a large pile of nonsense and misinformation masquerading as authoritative information. Propaganda pieces typically contain nonsense and blatant lies. That’s OK because the “Big Lie” becomes believable if repeated often enough. (Who Said That?)(9) Let’s take a look at the main point and the most glaring falsehood in the article: “Anti-Vaxxers Are Dangerous.”

What is an Anti-Vaxxer?

The catch word, “anti-vaxxer” has become popular in the vaccine industry propaganda machine as a pejorative term for children who have been vaccine injured, and whose mothers no longer vaccinate them. This is aptly described by Barbara Low Fisher in her article: “No Mercy for Mothers Or Their Vaccine Injured Children“

The Big Lie: Unvaccinated Are Dangerous

The easiest way to demonstrate the Big Lie: “Unvaccinated are Dangerous”, is to ask the CDC, the US Government Center for Disease Control.

It is universally agreed those most susceptible to the ravages of infectious disease are the immuno-compromised, such as those undergoing bone marrow transplantation. If the “Unvaccinated Are A Danger”, then one would expect the CDC to advise keeping the unvaccinated away from the immunocompromised, those having bone marrow transplants. Quite to the contrary, the CDC says the exact opposite. The recently vaccinated, not the unvaccinated, must be kept away from the transplant ward.
More at Source: https://governmentslaves.news/2019/05/03/wapo-says-anti-vaxxers-are-dangerous-should-be-arrested/