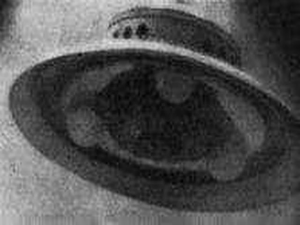 In late July of 1952, air traffic controllers and flight staff reported seeing unique lights in the skies above Washington DC. These incidents occurred on multiple occasions between July 19th and 27th. The strange events were widely reported by the media at the time, fueling concern and excitement among the public.

Even the White House was not immune to the hysteria, as Harry Truman issued orders that have these UFO’s shot down if they couldn’t be ordered to leave. Whatever was flying over Washington DC that summer was never explained, but it did fuel a kind of UFO hysteria throughout the 1950′s, which has lasted until the present day.

While we may never find out true nature of the UFO’s that flew over our nation’s capital, we may finally have some closure for the rest of the strange objects that had been seen and documented between the early 50′s and the late 70′s, because last week the CIA gave a remarkable confession on twitter.

They then proceeded to release a redacted 272 page document, that explained in detail how America’s first stealth aircraft, the U2, was responsible for more than half of all UFO sightings in the 1950′s.

High altitude testing of the U-2 soon led to an unexpected side effect — a tremendous increase in reports of unidentified flying objects (UFOs). In the mid-1950s, most commercial airliners flew at altitudes between 10,000 and 20,000 feet and military aircraft like the B-47s and B-57s operated at altitudes below 40,000 feet. Consequently, once U-2s started flying at altitudes above 60,000 feet, air-traffic controllers began receiving increasing numbers of UFO reports.

Such reports were most prevalent in the early morning hours from pilots of airliners flying from east to west. When the sun dropped below the horizon of an airliner flying at 20,000 feet, the plane was in darkness. But, if a U-2 was airborne in the vicinity of the airliner at the time, its horizon from an altitude of 60,000 feet was considerably more distant, and, being so high in the sky, its silver wings would catch and reflect the rays of the sun and appear to the airliner pilot, 40,000 feet below, to be fiery objects. Even during daylight hours, the silver bodies of the high-flying U-2s could catch the sun and cause reflections or glints that could be seen at lover altitudes and even on the ground. At this time, no one believed manned flight was possible above 60,000 feet, so no one expected to see an object so high in the sky.

Not only did the airline pilots report their sightings to air-traffic controllers, but they and ground-based observers also wrote letters to the Air Force unit at Wright Air Development Command in Dayton charged with investigating such phenomena. This, in turn, led to the Air Force’s Operation BLUE BOOK. Based at Wright-Patterson, the operation collected all reports of UFO sightings. Air Force investigators then attempted to explain such sightings by linking them to natural phenomena. BLUE BOOK investigators regularly called on the Agency’s Project Staff in Washington to check reported UFO sightings against U-2 flight logs. This enabled the investigators to eliminate the majority of the UFO reports, although they could not reveal to the letter writers the true cause of the UFO sightings. U-2 and later OXCART flights accounted for more than one-half of all UFO reports during the 1950s and 1960s.

In fact, the U2 may not be alone in these incidents. According to Popular Mechanics, the A-12, along with her well known successor, the SR-71 Blackbird, may have also been responsible for numerous UFO sightings.

One of the features about UFO sightings that has consistently baffled the experts is their apparent ability to swoop downward, hover and then soar into the sky at impossible speeds.

Viewed head on, this is exactly how an A-12 or an SR-71–its J58-powered successor–appears to move at times during a normal flight. The maneuver is called a “dipsy doodle.”

Col. Richard H. Graham, who commanded the U.S. Air Force 9th Strategic Reconnaissance Wing and has written a history of the SR-71 titled SR-71 Revealed, recently explained the dipsy doodle to PM. The pilot begins by climbing to about 30,000 ft. with the afterburners glowing. At about 33,000 ft., with the plane at Mach .95, he noses the aircraft over. Heading down at a pitch as great as 30 degrees, the plane falls as fast as 3000 ft. per minute. After 10 to 20 seconds, the pilot pulls out of the dive, then accelerates skyward at more than twice the speed of sound.

Even the strange multicolored lights that are a trademark of UFO’s can be explained by the exhaust of the of the SR-71.

There is one more very UFO-like characteristic of the SR-71: The glow of its exhaust periodically turns green.

The SR-71 burns fuel modified to withstand high temperatures. It doesn’t light easily. “One early ‘hiccup’ was ignition,” Crickmore recalls. “The [J58] engine would not start no matter what procedure was tried.”

Eventually the problem was solved by the introduction of a chemical that explodes on contact with the atmosphere. Graham says it must be introduced into the engine when it is started, and it also kicks-in the afterburners. This happens after each aerial refueling, which, given the SR-71′s enormous thirst, is quite often. Each time, it produces another image that could be misinterpreted as a UFO–flashing colored lights.

The green flash and distinctive dipsy doodle can be spotted from miles away. Observing the pattern created by these strange sights provides a map to the SR-71′s target area, giving those on the ground enough time to hide whatever the spyplane has been sent to photograph.

In retrospect, it makes sense that the government wouldn’t want to dispel the extraterrestrial rumors surrounding the UFO phenomenon. They knew that these sightings were really their own top secret stealth aircrafts. As long as the American public was convinced that aliens were responsible, they would never suspect that their government had such advanced technology. This added layer of obscurity also helped keep the Soviets in the dark as well.

More importantly, they didn’t have to lift a finger to propagate these myths. All they had to do was keep flying their high tech gadgets, and the public hysteria would do the rest.

However, there are still a few unanswered questions here. The CIA claims that these top secret aircraft are responsible for more than half of all UFO sightings. But what do we make of the other half? 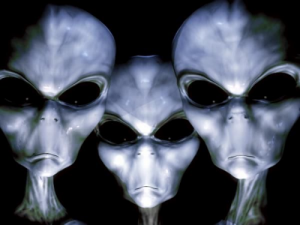 I guess some mysterious are just better left unsolved.

Contributed by Joshua Krause of The Daily Sheeple.

Joshua Krause is a reporter, writer and researcher at The Daily Sheeple. He was born and raised in the Bay Area and is a freelance writer and author. You can follow Joshua’s reports at Facebook or on his personal Twitter. Joshua’s website is Strange Danger .