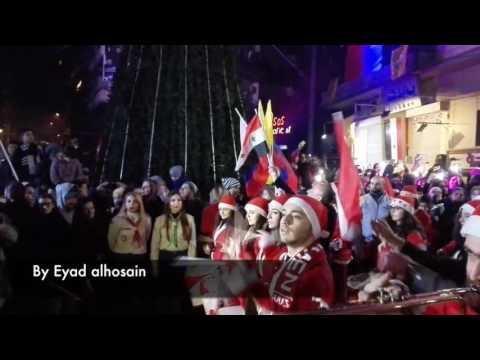 Propaganda play by Assad, to cover his war crimes and human rights abuses? Or is this the truth. The war machine has done well to obscure the truth.

As you might know this is what we are led to believe is the state of Aleppo / Syria this day. 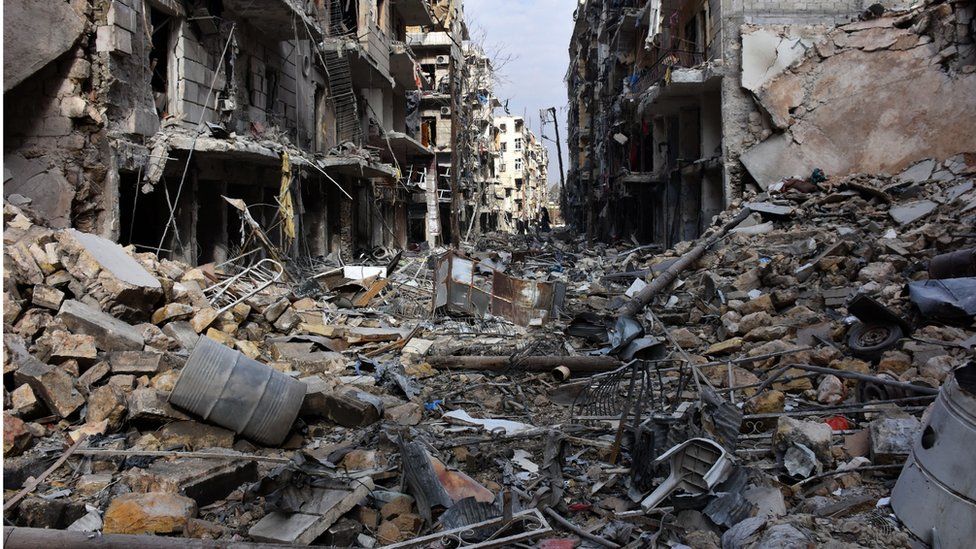 The recently liberated city of Aleppo, Syria’s second largest city, has erupted into euphoria on the cusp of Christmas Day.

The video shows Christians and Muslims celebrate as a Christmas Tree is lit up. It demonstrates the symbolism on the defeat of radical Islamist forces in the city.

Amongst the crowd, flags of the Syrian Arab Republic, the Russian Federation, and Hezbollah can be seen. This was complimented with a band playing music.

In any event our prayers are that those who love the Lord are blessed with his peace.