THE STUPID IT BURNS!

TIME Magazine named Christine Blasey Ford one of the 100 most influential people in the world.

“Her story, spoken while holding back tears, shook Washington and the country. Her courage, in the face of those who wished to silence her, galvanized Americans. And her unfathomable sacrifice, out of a sense of civic duty, shined a spotlight on the way we treat survivors of sexual violence,” California Democratic Sen. Kamala Harris wrote in a guest contribution for TIME.

“Christine Blasey Ford’s ambition wasn’t to become a household name or make it onto this list,” Harris added. “She had a good life and a successful career — and risked everything to send a warning in a moment of grave consequence.”

“At her core, she is a teacher,” the 2020 presidential candidate wrote. “And through her courage, she forced the country to reckon with an issue that has too often been ignored and kept in the dark.” 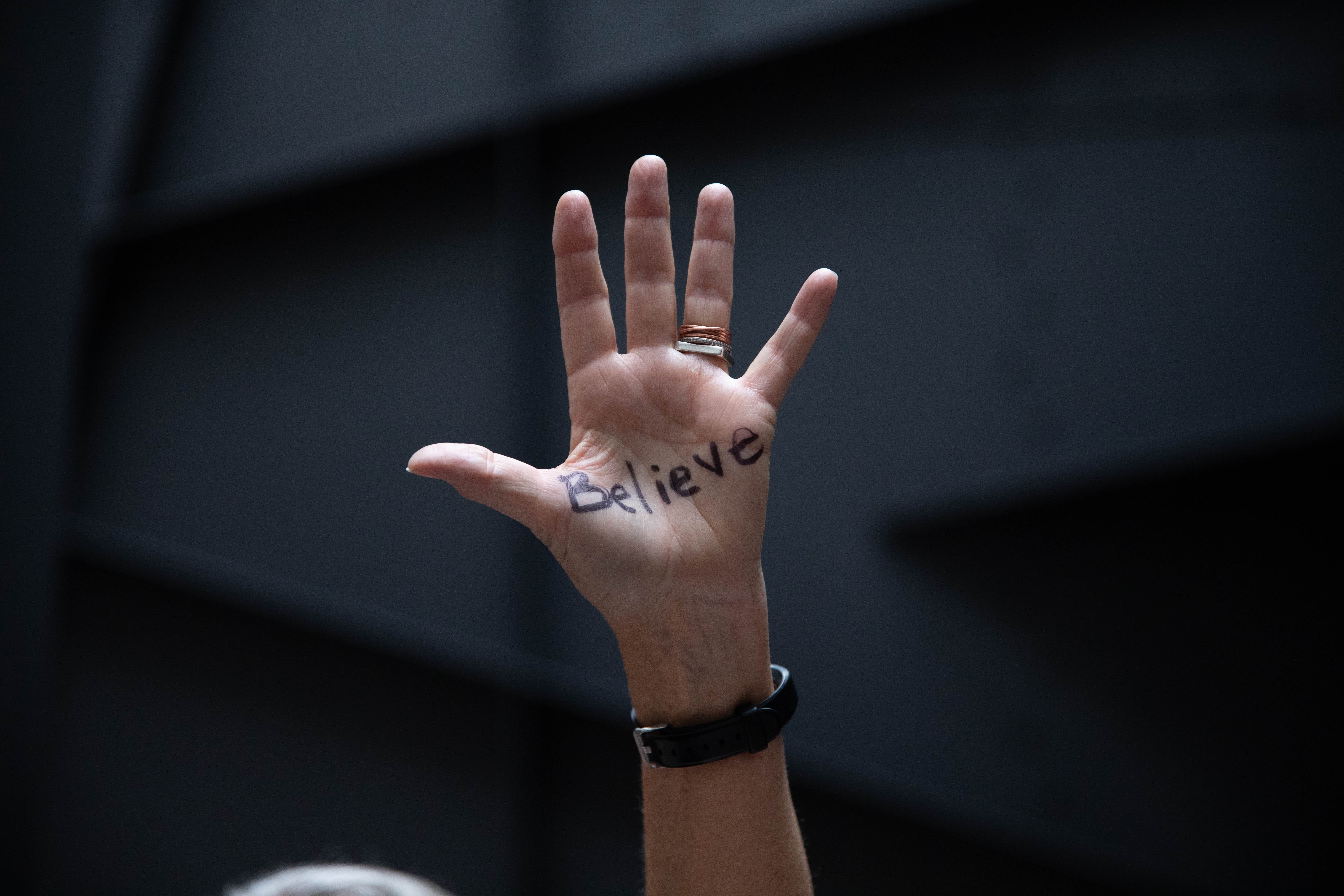 Hundreds gathered in Washington, D.C., in support of Christine Blasey Ford as she testified to the Senate Judiciary Committee in 2018. (Photo: Shutterstock, Rachael Warriner)

“[W]hen unhinged partisanship and special interests sought to distract the Senate from considering those qualifications, we saw other facets of Justice Kavanaugh’s character shine forth as well,” Senate Majority Leader Mitch McConnell wrote of Kavanaugh in TIME.

“The country saw his resilience and commitment to public service,” McConnell continued. “We saw his loyal devotion to family and friends. We saw his undeterred reverence for the law, for precedents and for our nation’s highest traditions. It is all these qualities combined that make Justice Kavanaugh exactly the kind of jurist whom the American people deserve on our Supreme Court. I look forward to many years of brilliant, distinguished public service.”

“We all have teachers, some we know intimately, others who inspire from the page or the screen,” TIME Editor-in-Chief Edward Felsenthal wrote in a Wednesday piece describing how TIME selected the 100. “This holds true even for the most accomplished people on earth. Our annual TIME 100 issue is filled with tributes from teachers to students; in many cases, the surprise is who is playing which role today.”

“In many ways, these connections — forged across and among industries — are the heart of the TIME 100, which now, in its 16th year, is far more than a list,” Felsenthal added. “It is a community of hundreds of global leaders, many of whom support and challenge one another. And at a time when so many of our problems require cross-disciplinary solutions, they are also uniquely positioned to effect change.”

Hahahahaha! She would have been, had her hoax worked. But it didn’t, which is why she has vanished from public sight and is now an historical footnote https://t.co/xlMn8ELSSc