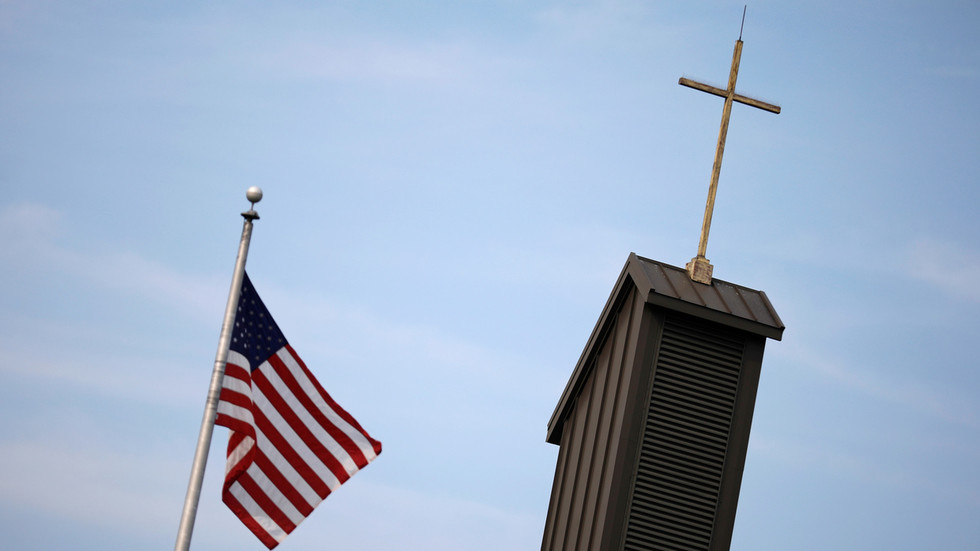 ‘Christianity’ is trending across the United States, but it’s not some great reawakening of the American faithful – it’s anxious church-goers who are nervous that their religion will be next to suffer the wrath of cancel culture.

The phrase shot to the top of the Twitter trending charts after a member of US President Donald Trump’s legal team, Jenna Ellis, drew the battle lines with a rallying cry to her fellow Christians.

On Christ the solid Rock I stand.

And I’m proud to be an American.

The lawyer added that she’s “proud to be an American,” upping the stakes in the Twitter row that was to unfold. The tweet clearly struck a chord with many as it quickly racked up over 65,000 likes. However, it also got under many peoples’ skin as it drew over 25,000 replies.

Unsurprisingly, the tweet served as a lightning rod for many who wanted to vent their spleen over the Trump administration, and Ellis was attacked for working for the president. It also provoked a wider debate about Christianity and over 100,000 messages were posted about the topic.

The Twitter storm came hot on the heels of prominent civil rights activist Shaun King claiming that statues of Jesus are “racist propaganda,” and King seized on the message, accusing Ellis of “white supremacy.”

“If your religion requires Jesus to be a blonde haired blue eyed Jesus, then your religion is not Christianity, but white supremacy,” King said. “Christian whiteness, not white Christianity, has been the primary religion of this country for hundreds of years,” he added.

Bernice King, the daughter of civil rights leader Martin Luther King Jr, who is herself a minister, also waded into the war of words, taking aim at Ellis by asking why a Christian would be concerned that “eradicating white supremacy will lead to eradicating ‘Christianity?’”

This is a moment for everyone who says they follow Christ to connect to or strengthen our connection to the love, teachings and example of Christ.

But Ellis wasn’t cowed by the blowback, accusing Shaun King of seeking to “divide neighbors and destroy society.”

“I kneel only to Christ who died for all lives, & I stand proudly for the flag,” she concluded.

Source: ‘Christianity’ trends as Americans fear it will be next on cancel culture’s chopping block — RT USA News