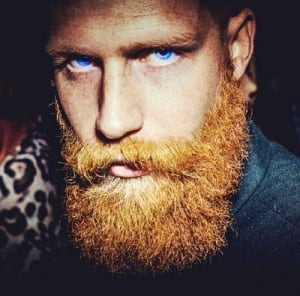 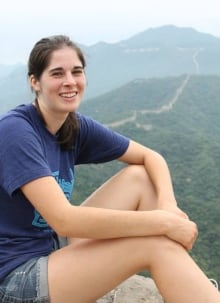 Olaf Amundsen, Hates Christians, Bethany Paquette, blamed for all the world’s ills because she is a Christian

VANCOUVER — They are descended from Vikings, most of the senior employees at Amaruk Corp., a Norwegian-based wilderness expedition outfit with operations in western Canada. Some are battle-tested warriors. Amaruk “greatly values the experience and skills acquired in the military,” reads a jobs notice on the company’s English language website.

Things it does not tolerate: Long hair and braids on male workers, except on First Nations people and “individuals of Viking ancestry who are free to keep their beard [sic] braided.”

“The Norse background of most of the guys at the management level means that we are not a Christian organization, and most of us see Christianity as having destroyed our culture, tradition, and way of life,” Amaruk’s hiring manager, Olaf Amundsen, wrote last month to Vancouver-area job applicant Bethany Paquette, the first in a series of bizarre, angry emails sent from company officials in Norway.

According to a complaint she has since filed with the B.C. Human Rights Tribunal (BCHRT), Ms. Paquette’s Christian education cost her an “assistant guide internship” position at Amaruk.

The 23-year-old outdoorswoman recently completed a Bachelor of Science program at Trinity Western University (TWU), a private Christian university based in Langley, near Vancouver. The school is controversial for its “community covenant agreement,” which commits students to the cultivation of “Christian virtues” and tells them to avoid sex outside of marriage.

The TWU covenant says that “according to the Bible, sexual intimacy is reserved for marriage between one man and one woman, and within that marriage bond it is God’s intention that it be enjoyed as a means for marital intimacy and procreation.”

In mid-September, Ms. Paquette sent Amaruk a standard job application package, with a resume outlining her experience as a whitewater rafting guide. She described herself as “a hard-working, solution-focused and organized individual with experience in leadership who is eager to continue guiding.” The resume also referred to her TWU credentials.

Less than 24 hours after she emailed her application package to Amaruk, Mr. Amundsen replied with his frosty rejection letter.

“I do not understand the purpose of your application considering you do not meet the minimum requirements that are clearly outlined on our web site,” he wrote, according to documents filed with the BCHRT.

He followed that with his comments about Christianity having “destroyed” the Norse culture.

Ms. Paquette says she was shocked to receive it. “It was definitely something you never expect to get when you’re applying for a job,” she said in an interview Wednesday. “It seemed completely wrong and over the top. It was an attack.”

She wrote back to Mr. Amundsen, noting that her “religious belief should have nothing to do with whether or not I meet your company requirements … I would like to inform you that in Canada it is illegal for employers to discriminate [against] an individual based on their religious beliefs.”

She included a brief history of Norse-Christian relations, and said she no longer wished to work for Amaruk. She signed off with a polite if provocative “God Bless.”

That seemed to infuriate Mr. Amundsen. “This is nothing new,” he wrote back the next day, Sept. 14. “People who did not agree with your church would be flayed, burnt, roasted, quartered etc. … so you guys have a long history of intolerance.

“I am not a young First Nations boy sexually abused by a priest into submission for years while locked in a concentration camp (as in residential school), but a Viking with a Ph.D in Norse History. So your propaganda is lost on me,” he continued. “‘God Bless’ is very offensive to me, and yet another sign of your attempts to impose your religious views on me.”

He ended his rant with this: “If I was to meet [Jesus Christ], I’d actually f— him.”

Later that day, Amaruk’s two co-chairmen sent a snarky email to Ms. Paquette, according to her BCHRT complaint. “We believe that a man ending up with another man is probably the best thing that could happen to him,” wrote Christopher Fragassi-Bjornsen and Dwayne Kenwood-Bjornsen. “But we do not force these views onto other people, and we are completely fine if a guy decides to go the emasculation route by marrying a B.C. woman.”

And an hour later, Ms. Paquette received yet another snide note, this one from Amaruk’s human resources boss. “You are free to your own opinions and to live your life as you see fit, but you have no right to force your opinions onto others and control their innate behaviour,” it read.

Amaruk officials have not filed a response to Ms. Paquette’s BCHRT complaint. They refused to answer specific questions put to them Wednesday by the National Post. The company did, however, release a statement: “Unfortunately, Bethany Paquette applied for a position when she knew, or ought to know, that she was unqualified for the position, did not meet the minimum requirements of the position, and did not hold the necessary certifications for the position,” it read. Earlier, Amaruk told the CBC that “the fact that we strongly disagree with the position that gay people should not be allowed to marry or even engage in sexual relationships … [is] a mere expression of opinion.”

Ms. Paquette says she hasn’t tried to force her beliefs and opinions on anyone. In fact, she has questioned her religion and until recently she did not regularly attend church. But the Amaruk “attack” has strengthened her faith in Christianity and in God, she says, and has made her decide to “stand up for what’s right.”

She is seeking an order that Amaruk “cease the discriminatory and harassing conduct,” and asks to receive compensation for lost wages. She starts a new job next week, “making snow” at a B.C. ski resort.