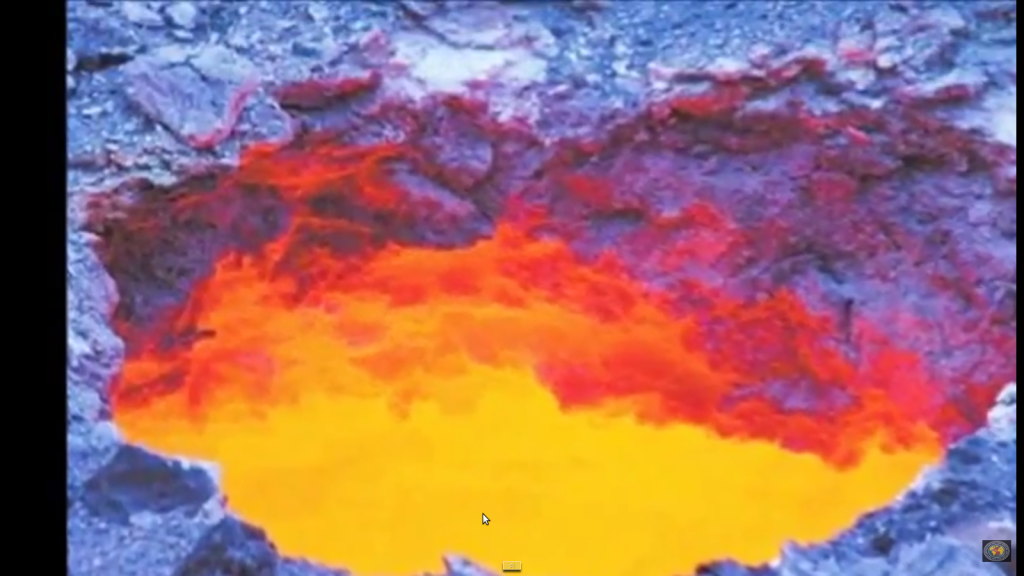 Editors Note: Who can tell if the images are real.  If you think they are and have pics / video to link to please do in the comments on any number of social media sites you like.

The report from the source is as follows:

“A mysterious sinkhole spewing fire and incredible heat has appeared in a Chinese hillside.

Geologists and media have flocked to the desolate mountain on the outskirts of Urumqi, in Xinjiang Uyghur Autonomous Region in north-western China, since it appeared a few weeks ago. The heat blasting from the ‘ring of fire’ has been measured at 792C (1457F) from two metres away, and is so intense that experts can’t get close enough to determine how deep the hole is.

Video footage (below) of the 3ft-wide hole shows locals igniting branches and grass by pushing it to the rim.

Some Chinese internet users have branded it a ‘gateway to hell’ after viewing the pictures. Locals told Chinese media that they had noticed the ground in the area had been warm underfoot for some time. 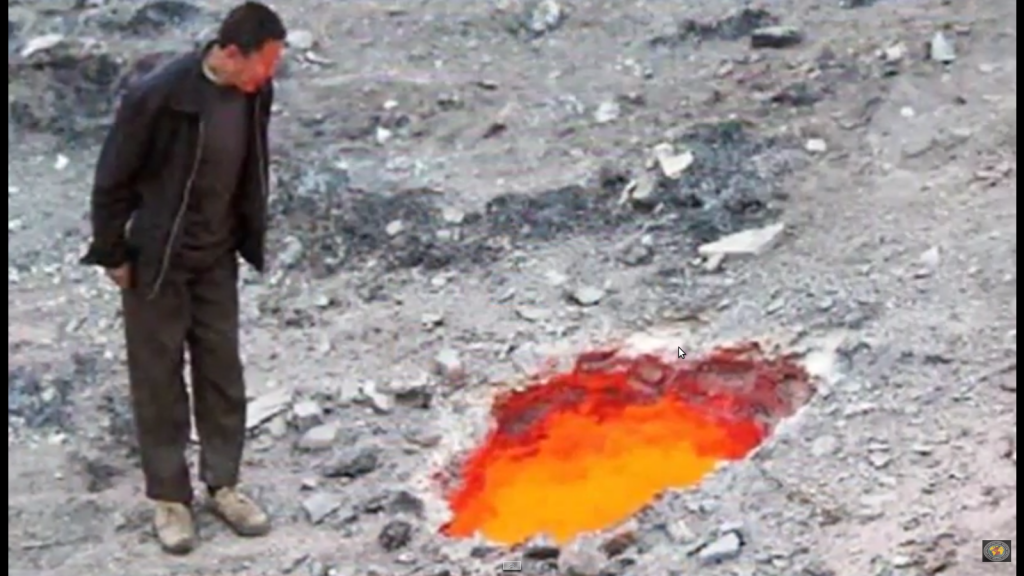 The hill is not in a volcanic area, and experts from Xinjiang Meitian Geological Bureau think the hole is caused by the layer of spontaneously combusted coal underneath the ground, which leads the surface layer to collapse.

‘The phenomenon has existed in the area for a few decades,’ Huang Wei, an engineer from the bureau told China Central TV Station. He added that smoke often comes from under the ground on this hill in the spring and autumn.”

This sounds very similar to this: “Door to Hell”

The Door to Hell is a natural gas field in Derweze (also spelled Darvaze, meaning “gate”), Ahal Province, Turkmenistan. The Door to Hell is noted for its natural gas fire which has been burning continuously since it was lit by Soviet petroleum engineers in 1971.[1] The fire is fed by the rich natural gas deposits in the area. The pungent smell of burning sulfur pervades the area for some distance.