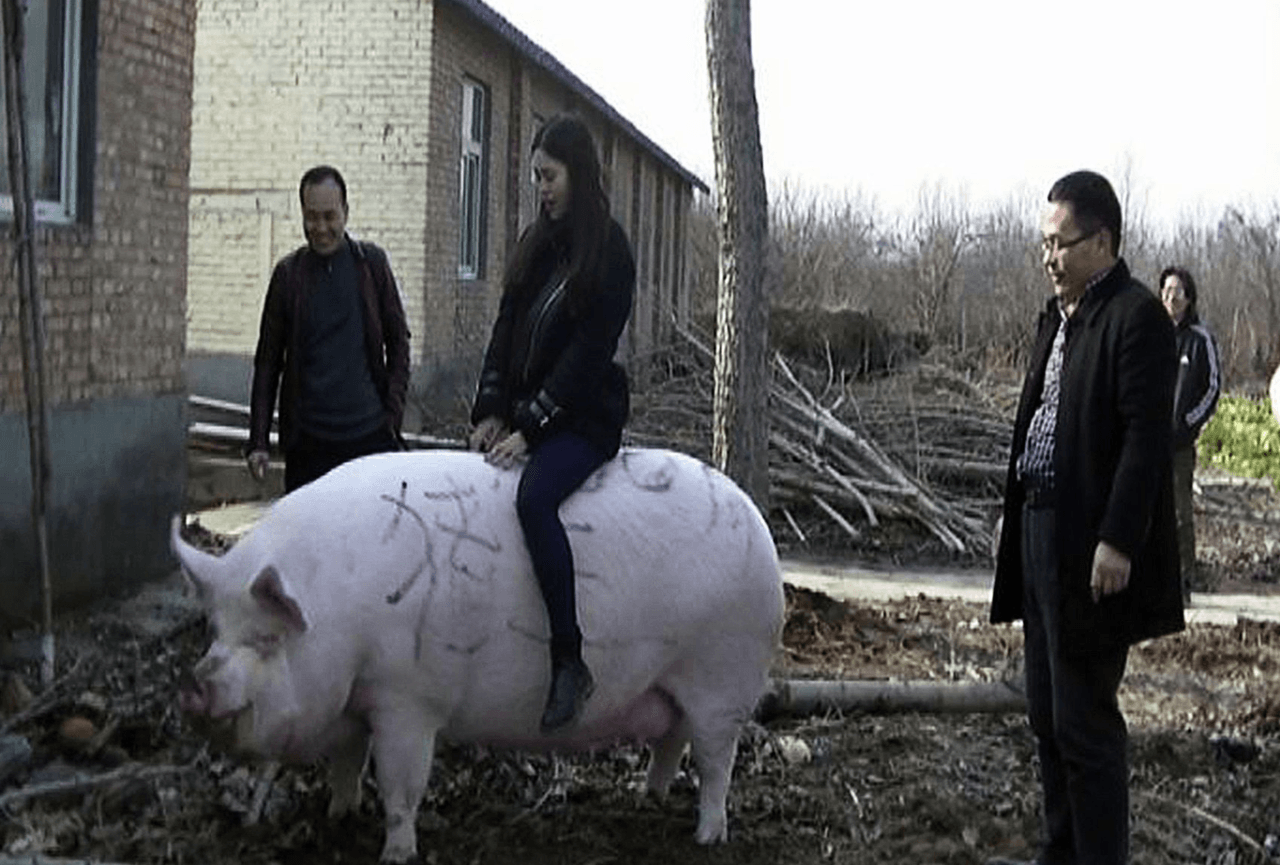 China is facing a pork shortage of 10 million tons this year, and has responded to it by borrowing a page straight out of a comic book: X-Pigs.

Amid one of the worst food crises in recent memory, Chinese farmers are reportedly trying to breed larger pigs as the African swine fever – less affectionately known as ‘pig ebola’ – has destroyed over 100 million pigs, between one-third and a half of China’s supply of pigs by various estimates, causing pork prices to explode to levels never seen before.

As Beijing scrambles to make up for the lost domestic supply with imports, even desperately waiving tariffs on American pork products in what China’s politicians tried to sell to their population (and Washington) as a “gesture of goodwill”, farmers in southern China have raised a pig that’s as heavy as a polar bear.

Once slaughtered, these giant mutant pigs can fetch a, well, giant price on the market. Here’s more from Bloomberg:

The 500 kilogram, or 1,102 pound, animal is part of a herd that’s being bred to become giant swine. At slaughter, some of the pigs can sell for more than 10,000 yuan ($1,399), over three times higher than the average monthly disposable income in Nanning, the capital of Guangxi province where Pang Cong, the farm’s owner, lives.

Soaring pork prices have encouraged small and large farms to experiment with DIY genetic experimentation, in the name of raising pigs that are about 40% heavier than the ‘normal’ weight of 125 kilos.

High pork prices in the northeastern province of Jilin is prompting farmers to raise pigs to reach an average weight of 175 kilograms to 200 kilograms, higher than the normal weight of 125 kilograms. They want to raise them “as big as possible,” said Zhao Hailin, a hog farmer in the region.

On some large farms, the average weight of pigs at the time of slaughter has climbed from 125 kgs (275 pounds) to 140 kgs (about 310 pounds). Some are pushing to boost weight by another 14% or more.

But Beijing is understandably pleased by these developments which have boosted farmers’ profits by more than 30%: It has been pushing farmers to boost production to compensate for as much of the shortfall as possible to help combat inflation in the coming years.

As we noted last week, the pork crisis has already cost the Chinese economy some $140 billion at a time when it’s already grappling with slowing growth.

Senior Chinese officials have already warned that the pork supply situation is “extremely severe” and will likely remain that way at least through the first half of next year.

Chinese Vice Premier Hu Chunhua warned that the supply situation will be “extremely severe” through to the first half of 2020. China will face a pork shortage of 10 million tons this year, more than what’s available in global trade, meaning it needs to increase production domestically, he said.

Others are worried that the aftershock of the crisis will last for much longer: “It may be at least 10 years before we get back to the levels of production that we saw coming into this,” said Rabobank senior protein analyst Christine McCracken. “We’re looking at a very long tail on this, that should lead to a lot of incremental demand for U.S. protein going forward.”

Indeed, US food producers couldn’t be more happy by the crisis hitting China’s pork production. Commenting on the state of the pork market, this is what Tyson Food said in its latest earning call:

In our last quarterly call, I talked about the inventories in China being fairly high at that point in time. We do believe that those inventories have come down substantially. We are seeing the price of pork rise pretty significantly, most recently in China as well as poultry and other protein prices. So no surprises on that front. I think the impact will be sometime during our fiscal 2020…. anytime that there is that amount of protein that is lost from a global perspective, there is going to be an impact on price. And whether the United States is a direct supplier to China or whether they source from other countries to the extent that they can, it might be from continents in Europe, it might be South America, it might be in other countries. But that creates backfill opportunities for us. So net disappearance is going to remain the same I think on a global basis. Supply is lower which translates to higher prices. Not only in pork, but I think across the board in our other proteins.

To offset the collapse in China’s pork supply, officials have not only ordered an emergency release from China’s strategic pork supply, but have ordered farmers to resume pig breeding and birthing as soon as possible even though many farmers are still wary about the outbreak, worried that they could lose their entire investment if they start too soon and the virus is still present. Plus, the spread of ‘pig ebola’ has left prices of piglets and breeding sows at record highs, making it more expensive than ever for farmers to restock.

All of this points to raising larger, super-mutant pigs as a possible solution to mitigate risks and boost returns.