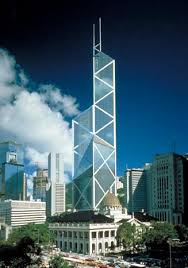 Dozens of Israeli terror victims are suing the Bank of China for helping fund two groups they say launched attacks against them and their family members, in the latest case of Chinese-sponsored terrorism to make its way to U.S. courts.

A lawsuit alleging that the Bank of China aided and abetted the Palestinian Islamic Jihad (PIJ) and Hamas, which are considered terrorist groups by the United States, Europe, and Israel, will proceed after a New York Supreme Court judge rejected the bank’s motion to dismiss on July 7.

The suit, filed with the help of the Tel Aviv-based Israel Law Center, accuses the bank of knowingly providing wire transfers for the organizations’ leaders in Iran, Syria, and other locations in the Middle East through a Bank of China U.S. branch since 2003.

According to court documents, the funds were funneled to accounts owned by Said al-Shurafa, a “senior operative and agent of both the PIJ and Hamas,” which was in turn moved to PIJ and Hamas leaders in Israel, the West Bank, and Gaza “for the purpose of planning, preparing for, and executing terrorist attacks.”

U.S. sanctions make it illegal for financial institutions to provide banking services to terrorist organizations and their affiliates.

The money from “dozens” of wire transfers totaling “several million dollars” was in turn used to bankroll bombings and rocket attacks against Israelis, the suit says. “[The Bank of China’s] assistance with the wire transfers was the proximate cause of [defendants’] injuries” in attacks from 2006 to 2007, court documents read.

Court records also chronicle a series of meetings in 2005 in which Israeli officials informed their Chinese counterparts of the terrorist links to the wire transfers, warnings which were not acted upon, lawyers for the plaintiffs argued.

“Plaintiffs … allege that [the Bank of China] knew or should have known that the transfers were being made for illegal purposes” due to warnings from the Israelis as well as “various red flags” that the wire transfers were funding terrorism, the suit says.

PIJ and Hamas leaders regularly withdrew amounts of around $100,000 in cash from the Bank of China, usually within one day of a deposit, over a period of years, the case alleges.

The Bank of China “was under an obligation to monitor, report, and refuse to execute such suspicious and irregular banking transactions,” but did not, the complaint reads.

In response to the accusations, the bank argued the case should be dismissed because China, not the United States, was the more appropriate forum for the plaintiffs to voice their complaints as per the legal doctrine “forum non conveniens” (forum not agreeing). However, Justice Barbara Kapnick of the Supreme Court of the State of New York ruled otherwise, allowing the case to continue and for the process of evidence discovery to advance.

“The Bank of China will now have to provide us with details of all bank transactions, basically everything that went through the accounts,” especially those of al-Shurafa, Israel Law Center Director Nitsana Darshan-Leitner told The Jerusalem Post.

Darshan-Leitner told the Israeli newspaper that she was confident in the plaintiffs’ suit.

“We have all the evidence that the money came from Syria and was transferred to Hamas,” she said. “We will be able to convince the jury that the Bank of China aided and abetted terrorist organizations, that they were negligent, and that they will have to compensate the victims.”

The lawsuit is the latest in which Israeli terror victims have sued the Bank of China for being complicit in the funding of terrorist groups.

In 2008, hundreds of Israelis filed a similar suit in Los Angeles. The plaintiffs demanded hundreds of millions of dollars in reparations.

Chinese state-owned financial institutions are not alone in their links to terrorism. The Chinese Communist Party (CCP) and its affiliates routinely support terrorist organizations in the Taliban and al-Qaeda, and cooperate with regimes that sanction terrorism in North Korea, Syria, and Iran, some researchers say.

“Terrorists aren’t enemies of the CCP. They are allies of the CCP in its cold war against the democratic world,” said D.J. McGuire, co-founder of the China e-Lobby and author of Dragon in the Dark: How and Why Communist China Helps Our Enemies in the War on Terror, in an e-mail interview.

“Normally, the courts are not the best place to battle communists and terrorists, but this is an exception. It is time for the legislative and executive branches in America to join the judicial branch in confronting the communist-terrorist axis,” he wrote.