The Chinese are are not paying their mortgages and starting to actively protest the COVID lock-downs…… Throw in the heatwave and drought and we may see some real fireworks there….. 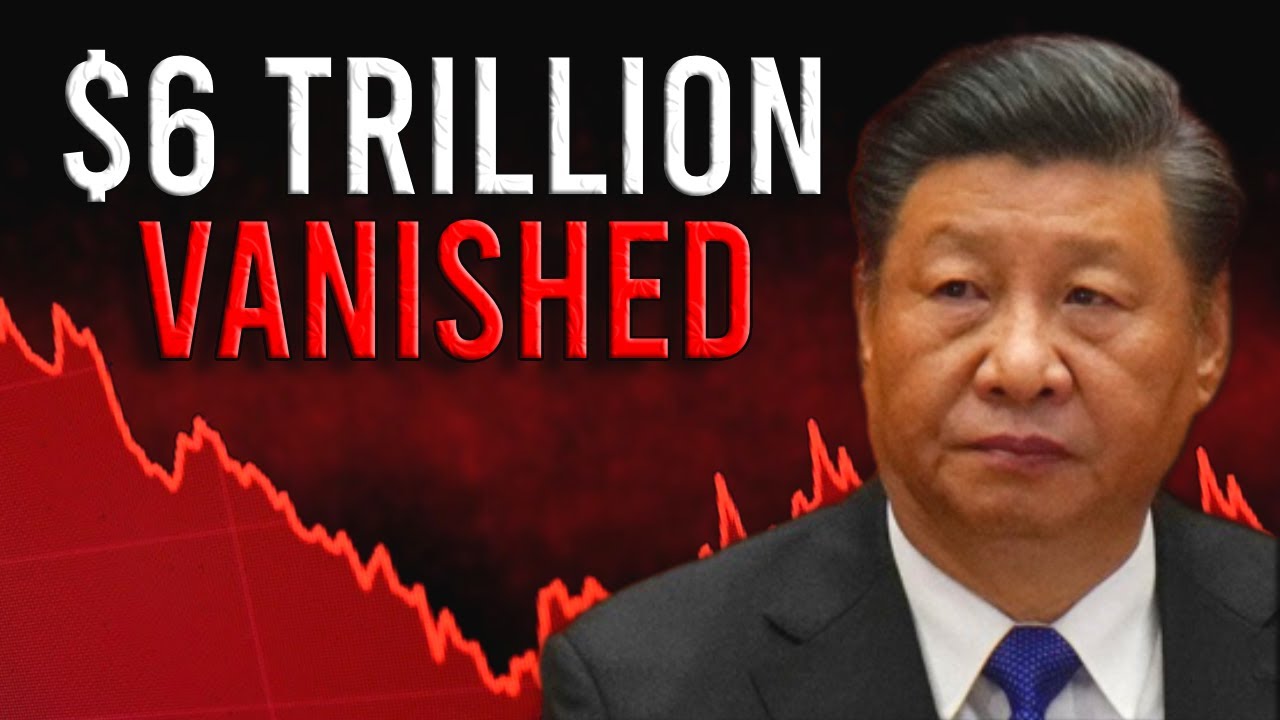 China’s entire banking system is about to go bankrupt. Over the past few weeks, China’s economy has tumbled. Recent signals have revealed that the Chinese economy may already in a recession. The country is being hit by record high inflation, layoffs, trillions of dollars disappearing overnight, fraudulent activity, and so much more. All of these crises are terrible for the economy, but China just got hit with the last nail in the coffin.

The Chinese Communist Party has attempted to silence the disaster, but the truth has already come out. The Chinese financial infrastructure is about to fall apart. At the end of this video, I’ll reveal the two most terrifying crises that will represent the last nails in the coffin. Factories are shutting down across China and there’s no way for the economy to bounce back.

In my previous video, I covered how China’s housing market is plummeting month after month. Home sales are down 28.6% and property investment is down 12.3% from the previous year. While double digit slowdowns are substantial, that isn’t that significant of a decrease. In the 2008 recession, US home sales slowed down by 50% annually. However, there’s a catch. The reason why China’s economic data isn’t that terrifying is because the data is manipulated. Recent leaks have shown that the CCP is manipulating Chinese economic data. Behind the fabricated numbers, the entire Chinese banking system is falling apart. According to six anonymous Chinese bank executives, government-owned banks have giving loans out for free. The government owned banks are giving out loans that have the the same exact interest rate as the banks’ deposits. Let’s say that Wells Fargo decided to loan out $10 billion to Walmart at an annual interest rate of 10%. This means that Walmart has to pay interest at a rate of 10% annually, or $1 billion. At the same time that the loan is given out, Wells Fargo will also offer a 10% interest rate on deposits for $10 billion. Wells Fargo will then tell Walmart to deposit the $10 billion loan in their Wells Fargo account. This gives Walmart 10% interest on their deposits, or $1 billion. So Walmart is paying $1 billion in annual interest while receiving $1 billion in annual interest from the same exact bank. That’s a net interest rate of 0%, which means that $10 billion was simply created out of thin air. Walmart doesn’t actually have to use the $10 billion loan because the company can simply hold onto it for free. This artificially boosts the loan volume by $10 billion. This manipulation is spearheaded by the government, which has the goal of making it seem like the credit market is booming. And while it’s technically legal to do this, the artificial lending is created by the CCP themselves, who literally make the law. Another strategy that the CCP is using is lending money to themselves. To demonstrate what’s happening, let’s say Wells Fargo and Citibank both lend each other $10 billion at an interest rate of 10%. Both banks are paying each other $1 billion, which means that the net payment is $0. China’s banks are using this strategy to boost loan activity for free. My goal on this channel is to expose deceptive behavior shown by top economies and executives like the CCP. At 1 million subscribers, I’m going to release a video so shocking that people might get arrested. 92% of you aren’t subscribed, so please hit that subscribe button to help me level up my content to unprecedented levels.

The reason why the CCP has been forced to manipulate data is because nobody wants to take out loans. The People’s Bank of China recently cut four key policy interest rates to boost the economy.

In addition to this, the PBOC also cut its 1 year loan prime rate for the second time in 2022. Chinese authorities are also planning to give special loans worth 200 billion yuan or $29.2 billion to property developers. This is on top of China’s existing 1 trillion yuan or $145 billion property fund.

To demonstrate how desperate the CCP is to give out loans, let’s analyze electronics supplier Zhejiang. According to Bloomberg, Zhejiang has received a dozen loan offers at record low interest rates despite openly saying that the company is not borrowing at this time. Zhejiang CEO Albert knows that his company’s growth prospects are dim, so there’s no point of borrowing money.Albert explained, “We’re not considering borrowing because our cash can fully cover our operations and modest growth. The Covid outbreaks and property downturn have had an impact on us.”

Imagine being handed a dozen loan offers during a time when consumer activity is at an all-time low. The CCP will do anything to support the country’s failing credit market.