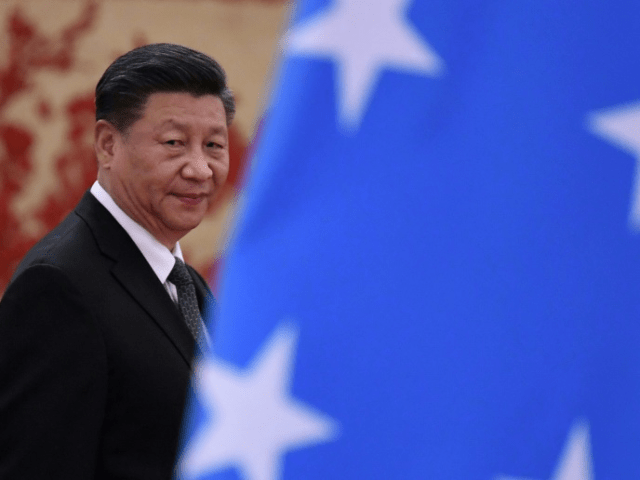 The Wisconsin legislature resists the Chinese Communist Party’s effort to make it pass a resolution praising Beijing for the coronavirus.

Radio Free Asia (RFA) reported on Thursday that the Chinese Communist Party’s (CCP) outrageous effort to pressure the legislature of Wisconsin to pass a resolution praising Beijing for its handling of the coronavirus effort “backfired spectacularly,” leading to a motion that will condemn the CCP for lying to the world if it passes.

The Chinese consulate sent emails in February and March to Wisconsin Senate President Roger Roth, a Republican, urging him to pass a resolution praising China. The emails even contained the text of a resolution written by the CCP for the Wisconsin legislature to rubber stamp, praising the Chinese government for being “transparent and quick in sharing key information of the virus with the WHO and the international community” – the exact opposite of what actually happened.

Roth told the Wisconsin Examiner in an interview last week he was so stunned by the audacity of the first email, and its dubious origin from a Hotmail account, that he dismissed it as a prank. When he received a follow-up email from the consulate in March, he instructed his staff to research it, and they determined it was a genuine communique from the Chinese consulate, whose diplomats sometimes use Hotmail and other public email services because they are “faster” than their official email accounts.

Roth fired back a one-word response to the CCP: “Nuts.” This was the answer famously given by American commander Brig. Gen. Anthony McAuliffe when a different gang of fascists demanded his surrender at Bastogne in 1944.

“I was mad as hell,” Roth told RFA on Thursday.

“The awkward truth is, this request almost certainly didn’t only go to Wisconsin,” he said. “The Chinese embassy felt completely comfortable doing this because it often works. Even when it doesn’t, people rarely go public, so there’s no downside to trying.”

RFA spoke to analyst Rui Zhong of the Kissinger Institute, who said Roth is probably correct that other American politicians at various levels are receiving similar emails with Communist-friendly resolutions and statements ready for them to deliver.

“As the narrative of COVID-19 solidifies within China, we are going to start seeing embassies and consulates in various places start to adapt that in their external communications efforts,” Rui said.

Roth was motivated to introduce a resolution that condemned the CCP for its effort to subvert the Wisconsin legislature with “propaganda and falsehoods.”

He added condemnations of Beijing’s human rights abuses, from the Uyghur concentration camps to the murderous suppression of the Tiananmen Square demonstrations. He also took care to make it clear he was condemning the CCP, not the Chinese people, with whom he expressed solidarity.

“I think it’s important that people know that. People are absolutely wrong and they are misinformed if they are taking their frustrations out on Chinese Americans or Asian Americans,” Roth told the Wisconsin Examiner.

If passed, the resolution would see the Wisconsin Senate affirming that the CCP has “deliberately and intentionally misled the world, suppressed vital information on the statistics and spread of the Wuhan Coronavirus both domestically and abroad, allowed millions of individuals to travel outside of the province and country despite clear warnings that the virus could be transmitted person-to-person, and engaged in active suppression and persecution of individuals looking to truthfully discuss information related to the Coronavirus, which has led to a global pandemic the likes of which has not been seen for generations.”

So far the Wisconsin story appears to have elicited very little response from those who previously claimed foreign intervention in American politics was the worst crime imaginable.

Source: China Tries to Get Wisconsin to Pass Law Praising Beijing on Coronavirus