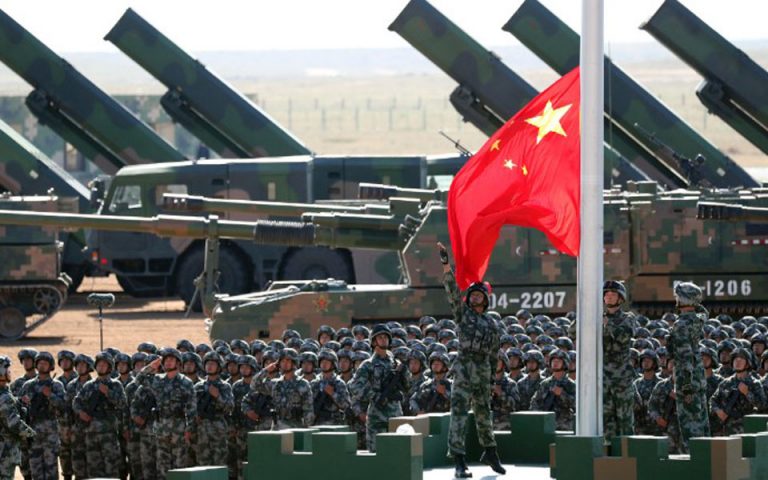 “Power in the military

Amendments to the National Defense Act brought into force transfer powers from politicians to military officials.

In general, the amendments reduce the role of the central government’s State Council by shifting power to the CMC, the Communist Party’s Central Military Committee.”

A particularly disturbing revelation comes from China. In July 2022, a Chinese businessman making medical equipment announced that local officials had asked him to convert his production lines in China so they could produce items for the military.

In addition, Chinese academics argue that the ongoing expulsion of foreign colleagues from China’s universities appears to be a preparation for hostilities.

The People’s Republic of China is preparing to go to war and is not hiding its efforts.

Power in the military

Amendments to the National Defense Act brought into force transfer powers from politicians to military officials.

In general, the amendments reduce the role of the central government’s State Council by shifting power to the CMC, the Communist Party’s Central Military Committee.

Specifically, the State Council will no longer supervise the mobilization of the People’s Liberation Army.

In a sense, these amendments were a window into war preparation , as reported by the website 19fortyfive.com.

“The recent changes to China’s National Defense Law that reduce the State Council’s power are largely political posturing ,” Richard Fisher of the Virginia-based Center for International Assessment and Strategy told me shortly after the amendments went into effect.

“The Chinese Communist Party and especially the existing CMC have always had the highest authority in decisions about war and peace.”

Why then are we interested in the amendments to the National Defense Law?

The amendments, Fisher tells us, “demonstrate China’s ambition to achieve ‘nation-wide’ levels of military mobilization to wage wars and give the CMC formal authority to control future Chinese capabilities for global military intervention.”

“The revised National Defense Law also incorporates the idea that everyone should participate in national defense,” the Communist Party’s Global Times reported, quoting an unnamed CMC official as saying.

As Fisher said “for the past 40 years, the Chinese Communist Party has been preparing for war and is now accelerating its plans.” The Party, being ready for battle, leaves nothing to chance.

On April 22, finance ministry and central bank officials met with representatives of dozens of banks, including HSBC, to discuss what Beijing might do if punitive measures are imposed on China. The holding of the “emergency meeting”, as reported by the Financial Times, is ominous.

“Officials and attendees did not mention specific scenarios, but one possible trigger for such sanctions is believed to be a Chinese invasion of Taiwan,” the FT noted.

The fact that Chinese officials held the meeting is a clear indication that Beijing is planning military action.

“Be ready for battle.” This is how Hong Kong’s South China Morning Post summed up Chinese ruler Xi Jinping’s first order to the military of 2019.

In January of that year, he gave a major speech at the CMC on preparations for war, and the speech was then broadcast nationally.

Foreign analysts debate whether China will go to war soon. The Chinese political system has become less transparent over time, so it’s unclear what senior leaders are thinking. Source