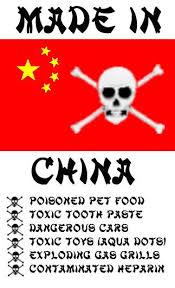 After the end of World War II, a new international system arose, characterized politically by the primacy of the large, liberal, democratic countries that had emerged as victors from the war, and financially by the dollar as the reference currency.

This new system developed over the years because of several factors. One was the break-up of the Soviet Union as a global power, the immediate direct effect of which was to downgrade Russia to an “emerging power”. That ended the US-USSR strategic and military bipolarity, which, until 1991, had stabilized the political system according to the logic of a balance of fear. That in turn gave the United States, the sole remaining major power, a hegemonic role in terms of politics, economics and finance. A third factor was the triumph and diffusion of capitalism and the market economy.

An American political scientist defined the new situation as “the end of history”, convinced that its situation would last indefinitely and result in a new and independent historical cycle. Fortunately, history has not ended.

Nonetheless, the nature of the international system today is vastly different from what it was in the aftermath of the Cold War. China, India, Brazil, South Africa and other countries whose strong growth rates, sweeping internal economic transformations and considerable impact on global trade have elevated them as “emerging powers” have breached the walls of this system, turning it into an (imbalanced) “asymmetric, multipolar” one.

Since some of the old asymmetries persist, the emerging powers now demand a greater say in global economic and financial decisions. Looking for recognition of their own increased influence on such decisions, they are in fact seeking the definition of a new structure and a new balance of power. In other words, they are demanding the reformulation of the international system and the birth of a new one.

This raises two questions for us. First, what role will the “emerging powers” play in adapting the global balance to the new reality? Second, what will the resulting “new world” look like?

These suggestions reflect the same illusion of a global monetary regulator that underpinned the creation of the International Monetary Fund as a kind of global bank around which individual currencies would rotate like planets, regulated among themselves by a system of more or less fixed exchange rates, giving the US the leadership role that is now being questioned and criticized.

Besides, these suggestions would end up harming the “emerging powers” that would have everything to gain from an “open international society”, that is, free competition between economies and currencies whose exchange rates are global prices reflecting those of the various market areas.

Moreover, I do not see how a fixed exchange rate system regulated by a central world entity, albeit consensually, would function if not by means of a sanctioning mechanism in the hands of a power whose currency acts as a point of reference – this seems less practical today than previously.

Instead, I think that the international market presence of the “emerging power” economies – which are independent in terms of production and finance, and are highly competitive compared with those of the developed countries – could have two positive effects. One, their presence would provide a strong stimulus, especially to developed countries’ economies, to adjust and restructure, giving up once and for all the production of labor-intensive goods that can no longer compete with products from the “emerging powers”.

And two, the same “emerging powers” – as historically occurred in the European production system after the First Industrial Revolution – would naturally be pushed by their own development to gradually orient their economies toward capital-intensive production. They would do so either by acquiring new technologies from countries that are industrially more advanced or by developing internal research. Re-imposing artificial checks on the spontaneous dynamics of different societies would not benefit anyone, least of all those who lag further behind.

Governance and government run the risk of being the same thing in a different way: the rationalist ambition to govern the course of history, harbored by someone who claims to have the necessary knowledge, ability and power.

The rule of law – that is, the national and international regulations designed to ensure that the pursuit by any party, whether an individual or a country, of its own idea of happiness (in the general sense) does not interfere with others’ rights to do likewise, and thus harm them – is one thing. Governance, the programmed regulation and management of the individual and collective will, is another.

The “plurality of situations, wishes, desires, traditions and objectives” is such that it cannot be fitted into one single global design. On the contrary, it is the true force that drives the history of humankind and that is neither predictable nor “plannable”.

By the same token, the deterioration in welfare and excess of legislation, regulations, licences, permits and prohibitions and so forth – created by an increasingly intrusive political power in the rationalist illusion of managing and governing change – has brought the modern state to the brink of failure and bankruptcy. This may cost us a great deal, especially in Europe.

In other words, we need rules that prevent people from harming others but which do not stifle imagination, creativity or desire. We need to restore the proper relationship between freedom and responsibility, as there is no freedom without responsibility and the responsibility imposed by force runs counter to freedom.

The author is a former editor-in-chief of the Corriere della Sera, an Italian daily newspaper. The opinions expressed in the article do not necessarily reflect those of China Daily.europe.chinadaily