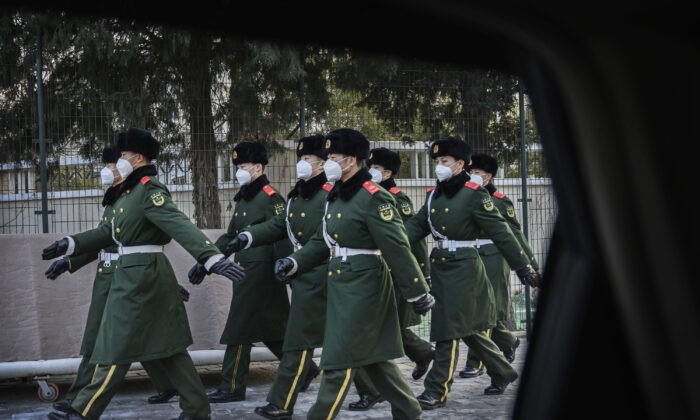 Lasting impact of coronavirus will be the vast moral, leadership failures of Chinese regime

As the source of what appears to be the next global pandemic, China is blowing the perfect opportunity to build trust with the world.

Not that anyone held any illusions that the Chinese Communist Party (CCP) was a paragon of decency, but the coronavirus outbreak was a chance for the CCP to show its human side.

It turns out that it has none.

Even so, nations are naturally sympathetic to the fact that the Chinese people are bearing the brunt of this very dangerous and deadly outbreak. Fortunately, the situation hasn’t devolved into a world-against-China kind of thing.

Not yet, anyway. People of all nations still want to help.

But, per the CCP’s typical modus operandi, the Party continues to lie or withhold information and key points regarding the outbreak.

The True Source of the Virus?

For example, where did the virus originate?

Did it just come from one or more of the wild animals kept in close proximity in the vast open market in Wuhan?

It’s long been suspected that the devastating Spanish flu pandemic of 1918 came from birds and pigs living in close proximity for an extended period of time. Accordingly, some reports identify the coronavirus as one typically carried by bats and perhaps other wild or exotic creatures.

Another conclusion is that it was somehow transferred to humans by other animals, or from people consuming bats or other wild beasts.

But is that really the case? Is the coronavirus outbreak yet another instance of people creating the perfect—and unnatural—close quarters circumstances for animal viruses to move from one species to another, mutating rapidly until one is finally able to make the jump to human adaptation?

Sounds plausible. But is that what really happened?

Other reports convey a very different provenance of the virus, and of course, speculation is rampant.

In a narrative that includes names of people, places, timelines, and activities, it’s alleged that in March 2019, the virus was smuggled out of Canada’s National Microbiology Laboratory (NML) by Chinese doctors who also acted as agents for the Chinese regime. The NML is Canada’s only Level 4 facility, one of just a few in North America that deal with highly contagious and deadly diseases such as Ebola, severe acute respiratory syndrome (SARS), et cetera.

What’s more, Chinese scientists were subsequently expelled from the NML by Canadian authorities in July 2019. But according to recent online reports—from the BBC, no less—the entire theft-from-Canada scenario is a false rumor.

Not according to Science magazine, which, among other news sources, reported the incident at the time. It turns out that in July, Chinese scientists were, in fact, kicked out of Canada’s NML for a “policy breach.” Furthermore, the matter wasn’t swept under the rug, but was reported to the Royal Canadian Mounted Police (RCMP).

Do the folks at NML, Science magazine, and the RCMP know that everything they know about it is just a rumor or a conspiracy theory?

Actually, the facts of the breach are of critical importance to all of us.

The aforementioned report relates an assessment from James Giordano, a neurology professor at Georgetown University and senior fellow in biowarfare at the U.S. Special Operations Command, regarding the theft of a virus from NML. He noted that such a theft “could also mean that such an offensive agent could benefit China, which might have the only treatment or vaccine.”

That’s right. A vaccine to the coronavirus could already exist within China’s Wuhan laboratory, possibly derived from the stolen virus.

But Giordano isn’t the only one talking about a potential vaccine. So are the Chinese, albeit from a different and controversial source.

The Associated Press reports that Chinese scientists want patents on a drug that’s already being made by Gilead Sciences, a U.S. pharmaceutical company. According to the report, “government-run Wuhan Institute of Virology … applied for the patent in January along with a military laboratory.”

The institute acknowledged the “intellectual property barriers,” but said it was acting to “protect national interest.”

CCP Learned Nothing From SARS, Swine Flu, or Tariffs

The bottom line is that after causing a second global epidemic in less than 20 years, this time, China now wants to steal a potential vaccine, as well. And they do so while keeping the world in the dark about the real statistics and other key facts about the outbreak.

Clearly, the Party has learned absolutely nothing from prior experience. Its behavior of deception, denial, and deflection hasn’t changed one iota from one crisis to the next.

In fact, if anything, its behavior is further proof that it is unfit to lead China. Clear and accurate communication and open-handed cooperation are the most potent and efficient weapons against the spread of the coronavirus. But the Party leadership offers neither.

The CCP is more interested in suffocating the spread of information—even among its citizens, and stealing from the very nations that can help the most. It has withheld critical information from the public—and the world—during the SARS and African swine fever outbreaks, and it’s doing so now, when the risks are even greater.

Evidently, the Party leadership fears the outbreak of information, the people’s righteous anger against them, and the truth far more than it fears the coronavirus. Wouldn’t it be fitting if the CCP became the next, and very last victim, of the outbreak?

James Gorrie is a writer and speaker based in Southern California. He is the author of “The China Crisis.”