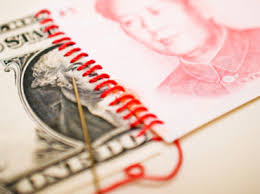 The Chinese banking system is insolvent. Of course, the entire global banking system is insolvent, but today’s spotlight is on China. Please consider China averts local government defaults.Chinese banks have rolled over at least three-quarters of all loans to local governments that were due to mature by the end of 2012, an indication of the immense challenge facing China in working down its debt load.

Local governments borrowed heavily from banks to fuel China’s stimulus programme during the global financial crisis and are now struggling to generate the revenue to pay them back, a shortfall that could cast a shadow over Chinese economic growth.

Banks extended at least Rmb 3tn ($482bn) – and perhaps more – of the roughly Rmb 4tn in loans plus interest that local governments were to have paid them by the end of last year, according to Financial Times calculations based on official data.Extend-and-Pretend Chinese StyleSince details on refinancing and interest rates are lacking, the reported $482 billion is undoubtedly on the low side.The key point is that massive rollovers were needed to stave off defaults.“That’s a correct observation and explanation,” said Stanley Li, a banking analyst with Mirae Asset Securities. “Based on the payback period for the infrastructure projects [started by local governments], it will take more than 10 years to pay these loans back.”Ten years? How about never? Many of these projects were never economically viable, especially the housing and land schemes.Mike “Mish” Shedlockhttp://globaleconomicanalysis.blogspot.com