It Appears That Pulpit And Pen Broke The Story On October 22, But It Is Only Now Hitting Some Other Media Outlets.

A “drag queen” has given children more than their parents bargained for when they sat their little ones in front of the man to learn something at their local library. What the children learned, they might not have been prepared for. 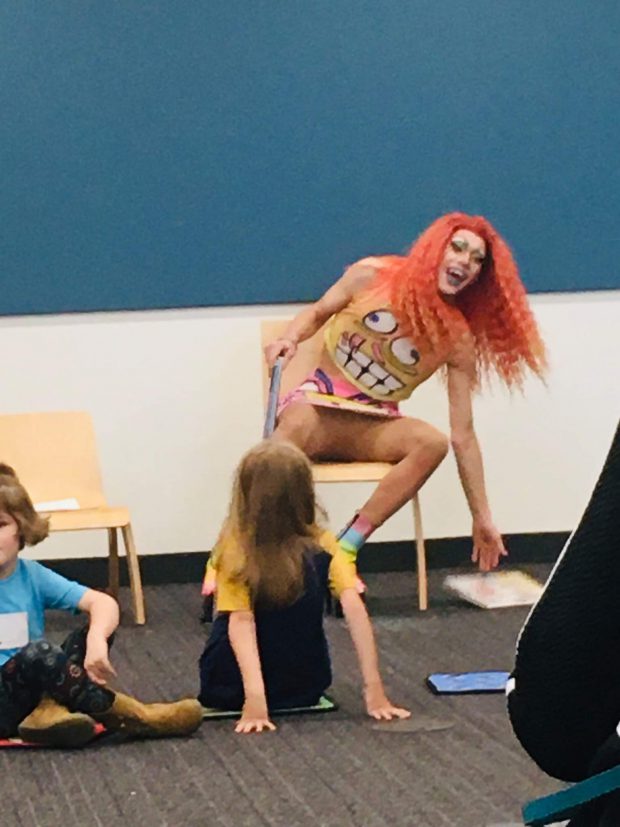 On October 17, the Hennepin County library invited “drag queens” (men with a mental illness, who believe that they are women or prefer to behave and/or dress like women) to indoctrinate children. Hennepin County is the largest county in Minnesota with a population of more than 1.15 million residents and is home to the city of Minneapolis.

The two drag queens went under the fake names “Sasha Sosa” and “Gemini Valentine,” who also perform as exotic dancers at adult nightclubs.

Debauchery and sexual grooming are going on at our local tax-payer funded, Hennepin county public libraries right now. This “performer” from Oct. 17, is most likely only 18 or 19 years old, from his social media, it looks like he just graduated from high school.
What kind of parents bring their children to watch an adult strip club entertainer read transgender books? He looks like he is naked with a face drawn on his body. “Sasha Sota” is his Drag name and he has performed at several gay nightclubs. The other performer is “Gemini Valentine” who read to preschoolers at the Hopkins library on Oct. 5 and has also performed at many adult nightclubs, from his social media, he also appears to still be a teenager.
Please contact the library board and complain and ask them to cancel these events. libraryboard@hclib.org . https://www.hennepin.us/…/hclib/about/library…/board-members
One glimmer of hope is that 2 of the events were cancelled, however, there was a sign saying they are looking forward to rescheduling them.