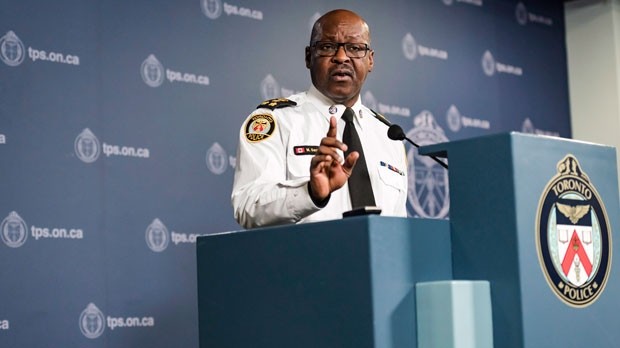 Three-hundred and twenty six people charged with firearms offences are free on bail in Toronto today, Chief Mark Saunders revealed Friday as he seeks to redistribute blame for the sudden increase in gun violence in the city over the last seven days.

Premier Ford and Mayor John Tory are scheduled to meet and discuss what else can be done to curb gun violence.

“While I continue to believe even stricter gun control domestically along with tightening our border to smuggled guns is necessary and will make a positive difference in fighting gun violence, it is also high time we saw some further co-operation from within the justice system,” he said. “Repeat gun offenders simply shouldn’t be out on bail. We have seen what happens when they are. While each case is different, sentences simply must fit the extreme gravity of these gun crimes. And right now, they often don’t.”

“We should make whatever changes to the law that are required to give judges the tools they need to address this problem and they in turn must focus a keener eye on community safety.”