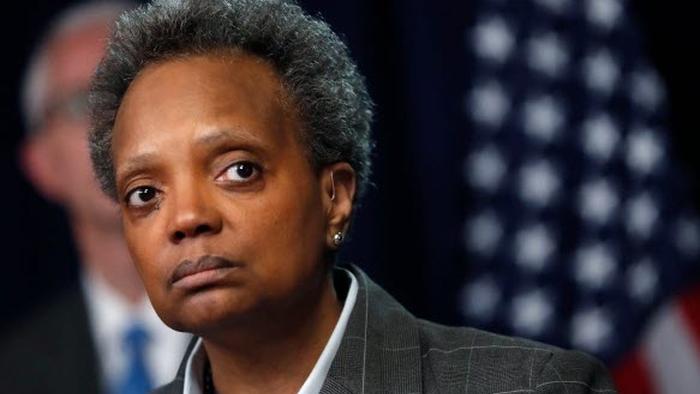 “It was a slap in the face to every department member…”

Authored by Cara Ding via The Epoch Times,

The vote came during a Fraternal Order of Police (FOP) meeting where police officers vented their frustrations, new and old, with the mayor and and the police department, Chicago FOP president John Catanzara told The Epoch Times.

Emotions were running high, Catanzara said, and one member grabbed the microphone to suggest a vote of no confidence. All members present at the meeting, about 150 active and retired police officers, voted for it.

His members’ newest frustration with the city leaders, according to Cantanzara, is the cancellation of a eight-decade-old Chicago tradition—the St. Jude Memorial March—for the second year in a row. The march is an annual May event honoring fallen Chicago police officers and Gold Star families who lost loved ones in the line of duty.

Brown said he canceled the march due to COVID-19 restrictions in an online video honoring the St. Jude tradition. “We must never forget their sacrifices and the families they left behind,” he said.

“It was a slap in the face to every department member, especially the Gold Star families, who have paid the ultimate sacrifice and deserve that respect annually, period, no excuses,” Cantanzara said in a video update right after the meeting. His members managed to host a smaller-scale St. Jude march on their own.

Another frustration that led to the no-confidence vote is the back-breaking schedules of police officers, who have been working on 12-hour shifts with days off canceled for well over a year, according to Cantanzara.

He said policing is a hard job and exerts a great mental toll on officers, so days off and time with family are crucial to officers’ mental health. Two Chicago police officers, one of them then-deputy chief, committed suicide in March.

The cycle of extended working hours started early last year when the department scrambled for help as many officers were quarantined at home due to COVID-19. The hours soon got worse in May when riots broke out in many parts of Chicago following the death of George Floyd.

On top of that, Chicago has seen a sharp increase in violent crimes such as shootings, murders, and carjackings since the pandemic. So far, 2021 has been the second deadliest year for Chicago in nearly a decade, and as summer approaches, the violence spike is expected to continue, according to the superintendent.

“Every year, our officers rise to the occasion,” Brown said at a Thursday press conference.

“Our officers are dedicated and committed to this department and to protecting the people of Chicago, which oftentimes means adjusting our hours to ensure that we are in the neighborhoods during the time that the violence is occurring.”

Cantanzara disagrees. He said violence will go up regardless of the number of police officers the department puts on the street; instead, the city leaders should focus on the root problems of rising crime, like a criminal justice system that lets too many criminals out on the street.

At the core of the contract dispute is police reform, according to Cantanzara. Lightfoot wants to use the wage increase as a bargaining tool to enact more police accountability rules; whereas the police union will not sacrifice the disciplinary protection of its members for the wage increase.

If the mayor has any respect for his members, Cantanzara told The Epoch Times, “she should take the last four years of our men and women’s hard work and sacrifices, and pay them the salary they deserve and worry about the rest of the contract going forward.”

Lightfoot, on the other hand, threw all the blame on Cantanzara and his union. “We have put reforms and accountabilities in the contract,” Lightfoot said at a Thursday press conference, but “they are refusing to come to the table and bargain.”

The no-confidence vote against the mayor comes just days after she sparked widespread furore over her decision to “grant 1 on 1 interviews to black or brown journalists” only.

Which prompted Tulsi Gabbard, among others, to slam this “abhorrent” racism.

The vote of no-confidence was also cast against First Deputy Superintendent Eric Carter.

Cantanzara was elected FOP president in May 2020 in a heated runoff election; he won with 4,708 votes compared to incumbent Kevin Graham’s 3,872. FOP has about 8,000 active and retired police officer members.