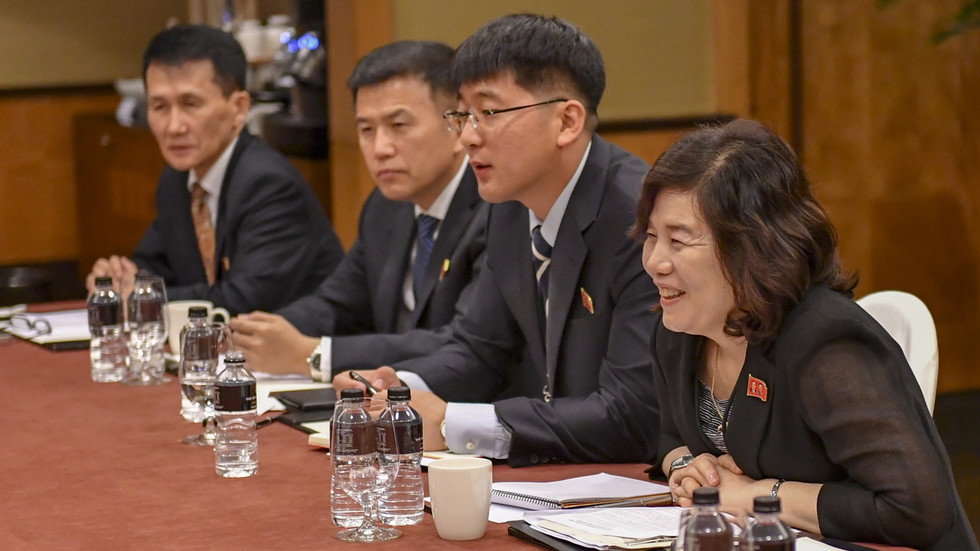 No contact with Washington is possible until the US changes its hostile attitude towards Pyongyang, a top North Korean official has said. The US secretary of state has responded by saying additional pressure is not off the table.

“What has been heard from the US since the emergence of the new regime is only a lunatic theory of a ‘threat from North Korea’ and groundless rhetoric about ‘complete denuclearization,’” North Korea’s First Vice-Minister of Foreign Affairs Choe Son Hui said in a statement released on Thursday by KCNA, Pyongyang’s state news agency.

Washington is only trying to look nice in everyone’s eyes, she added, saying that no dialogue is possible until military drills in the region and other kinds of pressure are discontinued by the US.

Washington has been carrying out annual military exercises with Seoul, proclaiming these to be a defense plan in relation to the North. Pyongyang says it regards the exercises as a threat. The drills were downsized and then moved into the virtual field due to the Covid-19 pandemic, however there have been reports that the war games may be renewed.

The new US administration’s attempts at approaching the North were dubbed a “cheap trick” by the diplomat, who confirmed that Washington has been sending messages and emails, but said these would remain unanswered. Earlier this month, the White House also confirmed its efforts to reach out to North Korea.

Having heard the official comment, US Secretary of State Antony Blinken said Washington would not just consider diplomatic options in dealing with North Korea. Pressure is also on the table, Blinken told a joint briefing with South Korean officials in Seoul on Thursday. “President Biden plans to complete a North Korea policy review… including resuming pressure options and the potential for future diplomacy,” Blinken said. “Different kinds of pressure points” are considered alongside diplomacy, he explained, adding that “in a sense, everything is on the table.”

There has been no progress in improving relations between the two countries since 2019, when former US president Donald Trump made history by becoming the first American leader to set foot on North Korean soil. While negotiations have since stalled, regional officials believe summits like those between Trump and North Korean leader Kim Jong-un could be used as a base for improving the situation in the region.