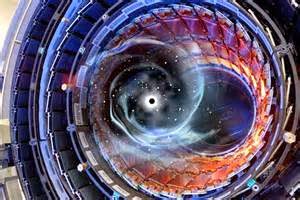 Run Two of the Large Hadron Collider is set to ramp up this week but beams will not go full circle before Wednesday, according to scientists at Cern.

The LHC has been shut down since early 2013, in order for the gigantic machine to be serviced and upgraded.
It is now ready to run at its “design energy” – which means it will smash protons together with nearly double the energies reached during Run One.
But restarting is a gradual process and every step has to be taken carefully.
Scientists working on the LHC’s experiments, spaced around its famous 27km circle, now say that because of all the checking that must be done, they are not expecting proton beams until at least 25 March …. http://www.bbc.com