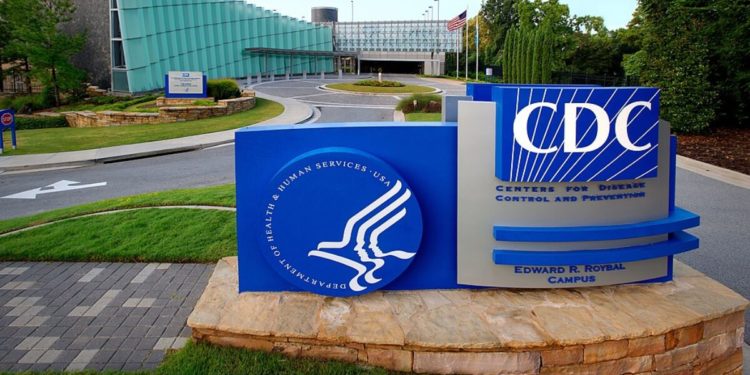 According to a recent headline from The New York Times, “the CDC isn’t publishing large portions of the COVID data it collects.” That headline downplays what the article in fact reveals:

Two full years into the pandemic, the agency leading the country’s response to the public health emergency has published only a tiny fraction of the data it has collected, several people familiar with the data said.

The article says when the Centers for Disease Control “published the first significant data on the effectiveness of boosters in adults younger than 65…it left out the numbers for a huge portion of that population: 18- to 49-year-olds, the group least likely to benefit from extra shots.”

After “several inquiries from The New York Times,” CDC unexpectedly decided to publish its data on the risks of hospitalization and death from both unvaccinated and vaccinated Americans, with or without booster dosing. But it did so in a manner that obscures younger individuals’ overall Covid risks, which is very low, instead attempting to force a comparison between vaccinated and unvaccinated individuals’ hospitalization. The exact data about Covid risks by specific age has not been released in any graphical or easily viewable form anywhere.

This rationale for deliberately hiding government-collected effectiveness data was even confirmed by the CDC’s spokeswoman, Kristen Nordlund. This taxpayer-funded agency didn’t want to give taxpayers the full picture of vaccine effectiveness—for their own good.

It also feels confident enough to publicly admit this, but only after many Americans were fired from their jobs and suffered from serious adverse events and deaths after they were forced to take shots they didn’t want based precisely on false narratives fueled by CDC duplicity.

Right thinking Americans have suspected for about two years now that the CDC, and especially Anthony Fauci, have not been honest with the American people about Covid. Americans don’t have to be experts in vaccine epidemiology to understand the dynamics of what is happening vaccine effectiveness and safety, they just have to use their own eyes.

Every time these federal employees uttered the phrase “follow the science,” they actually meant, “Do what we say and don’t question it, or we’ll punish you.” True scientists don’t release partial data or hide their data. Yet after severe damage is done to government credibility and the country’s social fabric, now even The New York Times can’t deny that the CDC hid the truth about booster efficacy from Americans because it would contradict this administration’s political goals.

It is not the duty of America’s putatively “non-partisan” CDC or the U.S. Food and Drug Administration to mindlessly echo support for White House talking points or to protect failed, poorly thought-through policies. Many Americans trust these agencies to objectively give Americans a full scientific disclosure and state the unvarnished facts on vaccine effectiveness and safety. Anything less is clinically, scientifically, and ethically contemptible.

But then the truth came out. Boosters have proven so ineffective they’re rarely mentioned anymore, even by the most zealous of the liberal faithful. The vaccine’s ability to limit Covid mutation transmission quickly plummeted to the point of being laughable.

Hiding the fact that boosting already double-vaccinated healthy young people is practically worthless is scandalous enough on its own. But it becomes doubly egregious considering the safety risks of getting the shot again and again.

When dead bodies of otherwise healthy young people weren’t piling up in the streets during the Omicron surge this winter, you would have expected the CDC to take an undeserved victory lap by claiming their relentless promotion of vaccine boosters had come to the rescue. But a funny thing happened on the road to self-congratulation.

In spite of the safety issues and the lack of efficacy in Omicron, Pfizer CEO Albert Bourla has begun pushing a fourth dose of its vaccine, yet still hasn’t presented any clinical data to support that claim, and doesn’t have a single thing to say about safety or natural immunity.

Americans have also never heard the White House objectively discuss vaccine safety. All we’ve all heard is Biden and Fauci repeat the empty platitude that the vaccine is “safe and effective.” But exactly how safe we are never told, because we still do not know the data they are relying on to make those statements.

CDC scientists and clinicians are violating their own taxpayer-funded agency’s ethical, scientific and public health codes and policies to protect the American public. What should the consequences be?

I’m not complaining about the lack of transparency of top-secret military information that would endanger our national security; I’m talking about public health information regarding drug safety and vaccine efficacy. This selective omission of public health data is fraud, and top agency officials should be made an example of for their unethical behavior.

An even more gruesome thought is: If these officials were despicable enough to omit these data, what else do Americans still not know about “for their own good”?

The day of reckoning for endangering American lives needs to come, and the sooner the better.

Authored by David Gortler via The Federalist