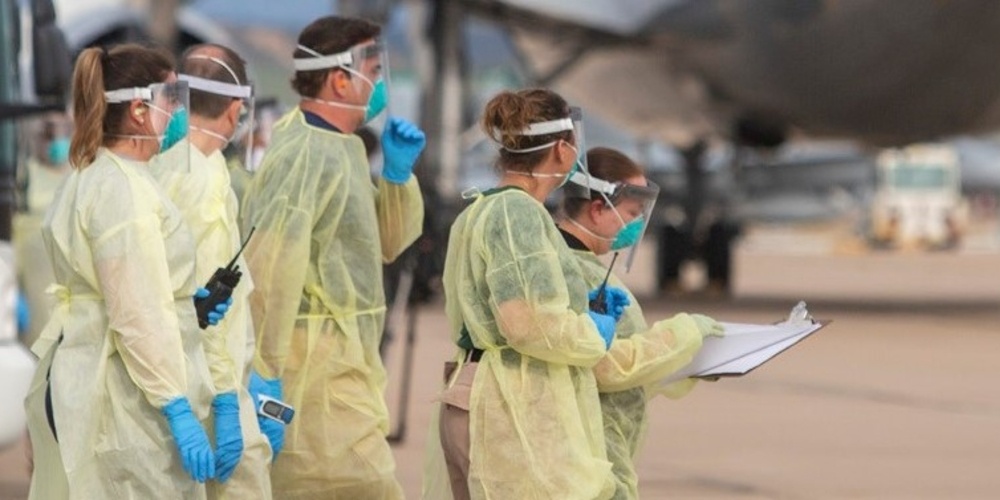 The US Centers for Disease Control and Prevention (CDC) updated its list of the riskiest countries for travel due to increasing cases of Covid-19. Curiously, vaccination has had totally the opposite effect to what had been expected: 12 of the 13 countries on the Johns Hopkins list of the most vaccinated are currently listed by the CDC as “high” or even “very high” SARS-Cov-2 travel risk.

The CDC distinguishes between five risk levels: very high, high, moderate, low, and unknown. On August 2, the CDC stated: “Avoid travel to these destinations. If you must travel to these destinations, make sure you are fully vaccinated before travel”. But these risky countries all have one thing in common: Very high vaccination rates, according to another authoritative Covid source – Johns Hopkins University.

Seychelles registered 70,22 percent while Chile and Uruguay both have just over 65 percent of their people fully vaccinated. Bahrain and Mongolia are just shy of that percentage.

The “high” risk countries for travel are Iceland with 70 percent, Qatar with 62,58 percent, and Belgium, Canada, and Israel with 60 percent of their people fully jabbed.

Not among the risky countries is Singapore where 62,44 percent of the population have received two shots.

The CDC and the World Health Organization (WHO) keep insisting that vaccination is effective against “serious illness and death” but this may be yet another important issue they have gotten wrong. Their notion of “herd immunity” was dead and buried with data coming out of Israel at the end of June already.

"Herd immunity is not a possibility" because the Delta variant "still infects vaccinated individuals".

Professor Sir Andrew Pollard, director of the Oxford Vaccine Group, says there is nothing "the UK can do to stop the emergence of new variants". pic.twitter.com/eCq1zXxBWc

“These mRNA vaccines are not Pepto-Bismol. They have profound biological effects. They are encapsulated in fat particles whose long-term effects are unknown. They spread throughout the body (despite the early promise they would not). They hijack cellular machinery in exactly the same way an actual virus does,” according to distinguished science writer Alex Berenson.

“For now, vaccine advocates are clinging to the hope that even if the vaccines do not protect against infection, they still provide some protection against more serious illness and death. I think the jury is still out on that question, but again it is largely irrelevant for this conversation – the Covid wards are filling in Israel, and most people in them are older and vaccinated. If the vaccines do offer any help after a few months against serious illness, it is far less than the 95-99 percent protection that advocates have claimed.” The sick now include those who have had a “booster” shot. Beyond that, the CDC’s mask mandates and lockdowns have also been questioned.

The UK has seen a similar trend as in Israel. Also, the government’s advisors – the Joint Committee on Vaccination and Immunisation, warned that until more data became available it would advise against routine universal vaccination of children and young people less than 18 years of age. They added that the “the health benefits in this population is small and do not outweigh the potential risks”. This was on the very same day that the website of the ZOE COVID Symptom Study App, with which over four and a half million users in England provide their Corona data for analysis – July 15, 2021 – issued the following prediction: “Since the number of cases in the group of vaccinated continues to rise…”

A few weeks later, on August 4, the committee changed its mind after the UK’s Chief Medical Officers requested that JCVI accelerate its review of advice for jabbing children. The JCVI curiously complied. Apparently,
according to Vernon Cole, medical specialist, the JCVI had gotten rid of the members on its board who had issued the earlier warning against jabbing children.

Vaccine manufacturer BioNTech/Pfizer, now valued at $100 billion, actually confirmed the lack of protection in an article in the British Medical Journal at the end of July, while in the same breath pushing the need for a (third) booster shot and increasing the sales prices for Europe. It has become abundantly clear that vaccine marketing is exclusively about profit not health.