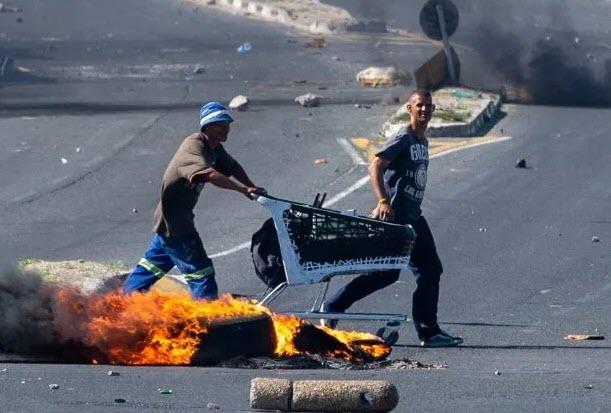 “Mr President we are in the middle of a food crisis. It’s war out here…”

COVID-19 has now claimed over 1,000 lives across Africa, and is accelerating fast, with a total of 52 of Africa’s 54 countries having reported cases and the number of infection approaching 20,000.

In an effort to control the spread of the deadly virus, which a report by the United Nations Economic Commission for Africa warned could lead to a death toll across Africa of 3.3 million people, authorities are instituting some of the world’s strictest lockdown rules.

During the restrictions sales of non-essential items – including alcohol and cigarettes – have been banned, and four weeks into a 35-day shut down food supplies have virtually run out.

“Mr President we are in the middle of a food crisis. It’s war out here.

“People have broken into tuck shops. They have attacked people. The simple reason is because they are hungry.”

And food shortages in South Africa, have created panic and, as The Sun reports, prompting rioting and looting across some of the most deprived sections of the city.

Those waiting for much-needed aid built barricades of burning tyres and fought running battles with similar scenes witnessed in Johannesburg and Port Elizabeth.