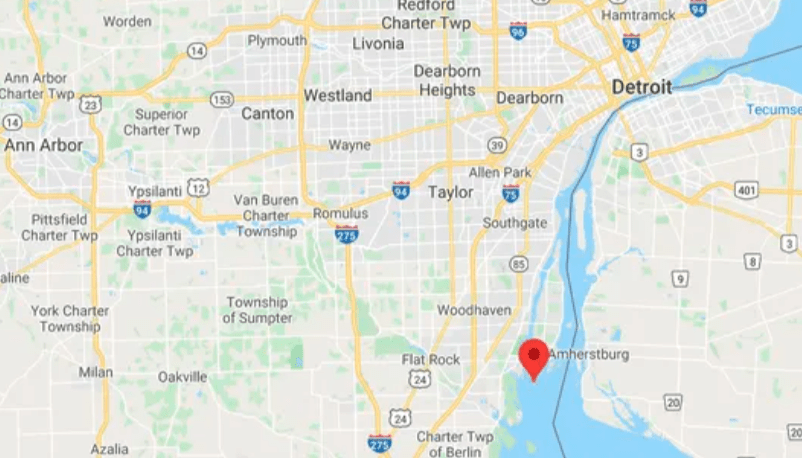 A Canadian man was pulled unconscious out of the Detroit River Friday attached to 265 pounds of marijuana, Detroit News reported.

Mousseau was arrested one month earlier, where he confessed to authorities about his international smuggling operation using a submarine to shuttle drugs and cash between Detroit and Canada, according to a Department of Homeland Security affidavit filed in federal court.

“During that interview, Mousseau stated that he directs a smuggling organization that moves money and narcotics between Canada and the United States,” Homeland Security Special Agent Christopher Leonard wrote in an affidavit filed in court.

The affidavit revealed an investigation of Mousseau started last month when he was pulled over in a traffic stop with nearly $100,000 in cash on him. After Homeland Security agents interviewed him, he admitted to illegally entering the country via a smuggling operation along the international border.

It was also noted that Mousseau sent GPS coordinates to people, who then load and also retrieve cash or drugs from a “submersible watercraft” that would cross back and forth from the US to Canada. He also admitted to being the owner of a submarine seized by federal agents on April 23 near the Zug Island shoreline.

“Mousseau stated that he provides GPS coordinates to an individual in Canada, who traverses the river using a submersible watercraft,” the agent wrote. “Mousseau would then send the contraband or currency and his associate back across the river.”

Mousseau was released from custody on the condition that he would remain at the Baymont by Wyndham Flat Rock hotel during the investigation. The filing said he disappeared shortly after his stay at the hotel on May 22, leaving his belongings behind.

And it appears he went back to work, shuttling cash and drugs across the border when federal agents found him floating unconscious Friday on the Detroit River with “approximately 265 pounds of suspected marijuana,” the affidavit said.

“While approaching the floating bundles, agents observed a man, later identified as Mousseau, unconscious in the water,” Leonard wrote.

Mousseau is due in court for a detention hearing next week.