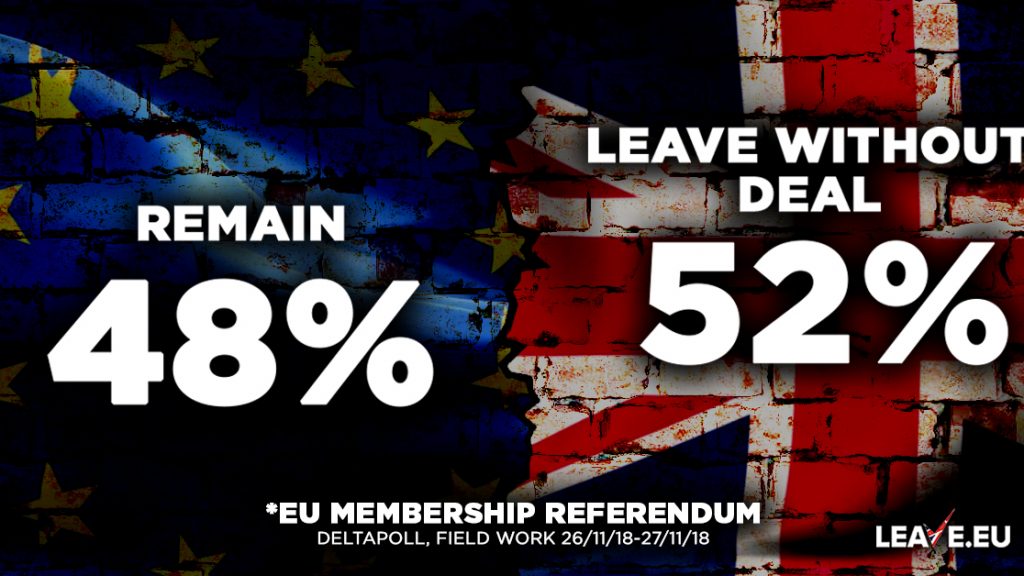 A sensational new poll has revealed that the British people back a No Deal Brexit by the exact margin of the referendum: 52%. Deltapoll have found that

sensational new poll has revealed that the British people back a No Deal Brexit by the exact margin of the referendum: 52%.

Deltapoll have found that when you asked the public about a No Deal, World Trade Brexit vs. Remain, the result is 52-48.

As University of Oxford Professor Steve Fisher explains of a No Deal Brexit: “Would beat Remain 52:48 in a two-way competition according to the preference orderings above. This is because Deal supporters prefer No Deal to Remain by a large margin.” 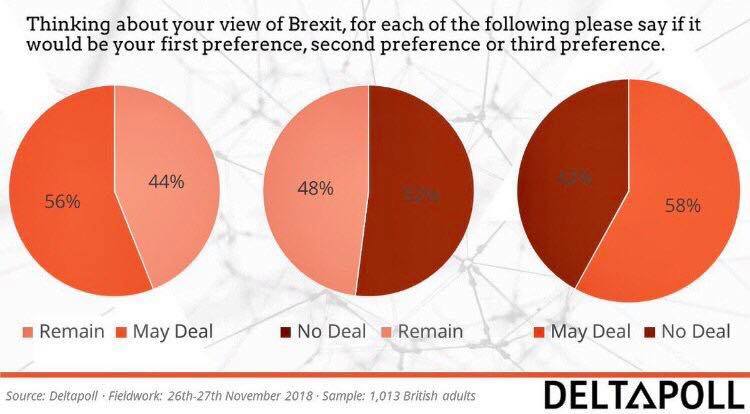 Today government Minister George Eustice set out the advantages of a clean, proper No Deal Brexit: “On trade, in a No Deal Brexit the UK would be free to set its own trade policy unilaterally.

“The options open to us would be to create autonomous tariff-rate quotas or tariff-rate suspensions or indeed a lower-bound tariff on those goods where we wish to do so.

“But we would have an independent trade policy in a No Deal Brexit.”

No Deal, no problem, no £39 billion Brexit bill. Help Westmonster fight for Brexiteers by backing us with a donation today.