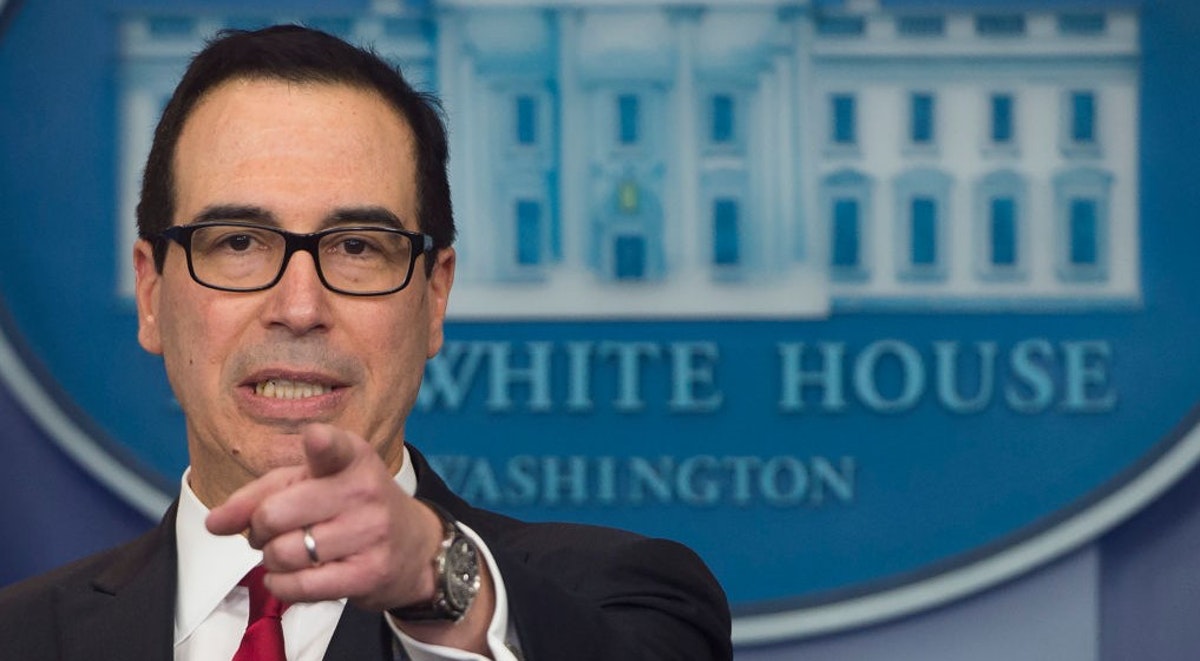 The U.S. lockdown to stem the spread of the coronavirus will likely last at least 10 to 12 weeks, or until early June, Treasury Secretary Steve Mnuchin said Sunday.

Appearing on “Fox News Sunday,” Mnuchin expressed confidence that actions the Trump administration is taking will shore up the economy, and he said the plans are intended to deal with “a 10-to-12-week scenario,” adding that they can be extended if need be.

Nearly one in four Americans, about 80 million people, have been ordered to stay home as New York, California, Illinois, Oregon, Connecticut and New Jersey have enacted statewide lockdowns.

Mnuchin also said on the show that he expects a $1.6 trillion stimulus bill to pass soon, and be signed by President Trump on Monday.

The bill, under which a family of four can expect a direct, one-time payment of about $3,000, Mnuchin said, is intended to tide the U.S. economy over for 10 -12 weeks.

The cost to the U.S. economy, once estimated at $1 trillion, continues to soar in projections. Mnuchin said the bill will also allow the Federal Reserve to leverage up to $4 trillion of liquidity to support the economy. The Secretary said that measure will enable U.S. central bank to help businesses weather the next 90 to 120 days.

“We need to get the money into the economy now. If we do that, we think we can stabilize the economy,” Mnuchin said.

Mnuchin said discussion of a possible recession is not “terribly relevant” at the moment.

“When people focus on recessions, it’s normally because of a prolonged economic environment,” Mnuchin said. “This is a very unique situation that we’ve never had before. This is the government has self-imposed shutting down large parts of the economy. And as soon as we can get the medical situation under control, we’re going to reopen it.”

Mnuchin on Friday announced that Americans will have until July 15 to file their taxes, moving the annual April 15 deadline to stem the effects of the coronavirus outbreak.

“At [President Trump’s] direction, we are moving Tax Day from April 15 to July 15. All taxpayers and businesses will have this additional time to file and make payments without interest or penalties,” Mnuchin wrote on Twitter.

At @realDonaldTrump’s direction, we are moving Tax Day from April 15 to July 15. All taxpayers and businesses will have this additional time to file and make payments without interest or penalties.

“If you have refunds or credits, you can still claim now,” President Trump said Friday at a White House press conference.

Mnuchin echoed that, saying: “I encourage all taxpayers who may have tax refunds to file now to get your money.”

Senate Majority Leader Mitch McConnell (R-KY) said Thursday that he hopes to deliver aid to families “as rapidly as possible.”