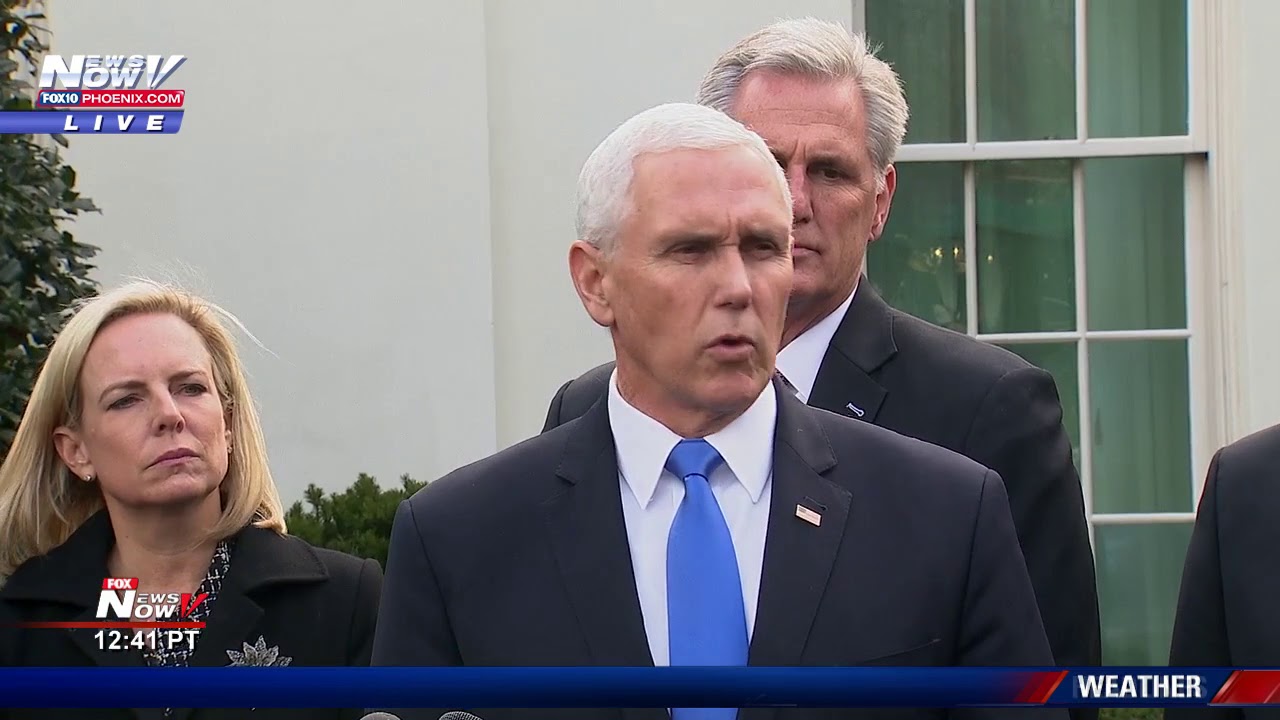 President Trump walked out of a White House meeting with congressional leaders Wednesday afternoon over the partial government shutdown after House Speaker Nancy Pelosi again rejected supporting new funding for a border wall, according to those in the meeting.

Speaking to reporters after the brief session, New York Democratic Sen. Chuck Schumer, the Senate minority leader, said the “president just got up and walked out.”

“He asked Speaker Pelosi, ‘will you agree to my wall?’ She said no. And he just got up, and said, ‘Well we’ve got nothing to discuss,'” Schumer said.

The president, in a tweet, called the meeting “a total waste of time” and appeared to confirm that he left after Pelosi’s answer.

“I asked what is going to happen in 30 days if I quickly open things up, are you going to approve Border Security which includes a Wall or Steel Barrier? Nancy said, NO. I said bye-bye, nothing else works!” Trump tweeted.