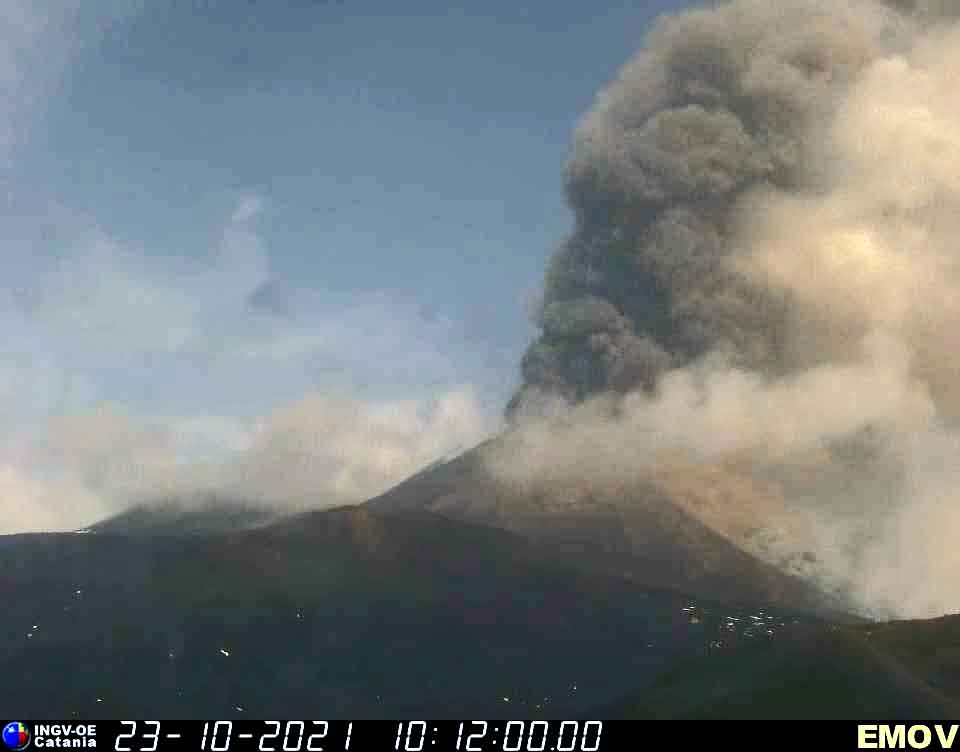 A strong paroxysm is in progress at the volcano. As suspected already last night by the presence of intermittent strombolian activity and the slowly rising tremor, this activity continued to evolve gradually throughout the night and early this morning.
Tremor reached high levels at 7.40 a.m., followed by a strong increase of explosive activity at the SE crater from 10.15 a.m.
Lava fountaining was observed to have started at around that time, and lasted until 12.20 p.m. It generated a dense ash plume that rose several kilometers and drifted east, producing ash falls in the area of Piedimonte and Linguaglossa.

The eruption was characterized by several collapse events on the eastern sides of the crater, which generated pyroclastic flows – hot turbulent avalanches of loose lava material, and extremely fast-moving and dangerous as everything in their path is being destroyed.
The first was observed at 10.49 a.m., when parts of the eastern crater wall broke into an avalanche heading towards the Valle del Bove and traveling about 1.5 km distance. Additional pyroclastic flows with similar mechanism took place at 11.02, 11.30 and/or 11.37, and 11.58 a.m.
A lava flow was erupted from the breached SE crater heading towards the east into the Valle del Bove as well.