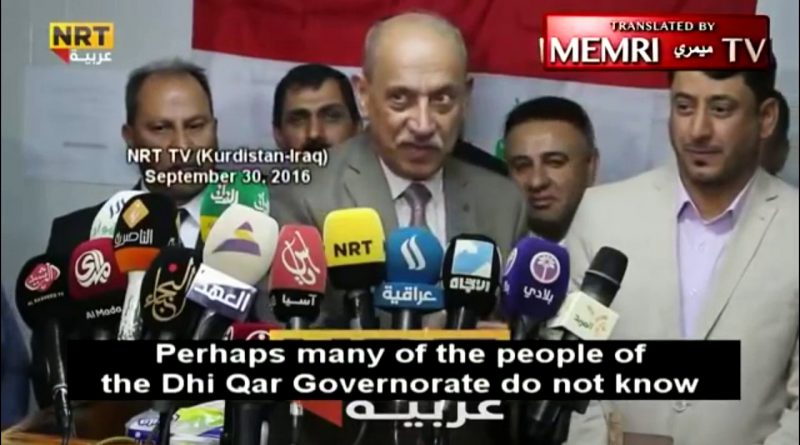 Apparently the transport minister did go off script and journalists where truly surprised by his statements. No one saw it coming.

September 30, 2016: Iraq’s Transport Minister, Kazem Finjan, states “ancient aliens” built earth’s first airport 7,000 years ago in the Middle East – and used it for interplanetary missions. Sumerians inhabited what was Mesopotamia and, according to Finjan, were aided in developing this space station by visiting aliens (Anunnaki).

“The first airport that was established on planet earth was in this place. It was constructed 5,000 years before Christ,” Finjan told a baffled gallery of journalists.

As well and important is his assertions about The Planet Nibiru being real.

Is this part of a disclosure project? I have know idea. What we do know is this is not being reported by the western press or main stream media.

HERE IS THAT VIDEO: The following video is an outline of what people believe about these aliens, it is purely a secular treatise on the subject:


If people want answers about what will befall the world, maybe it is time to take another look at the Bible. With the help of the Holy Spirit, all people can come to a clear conclusion. This has been my attempt to shed some light in the darkness of this coming storm, for when it past an eternal day will dawn!