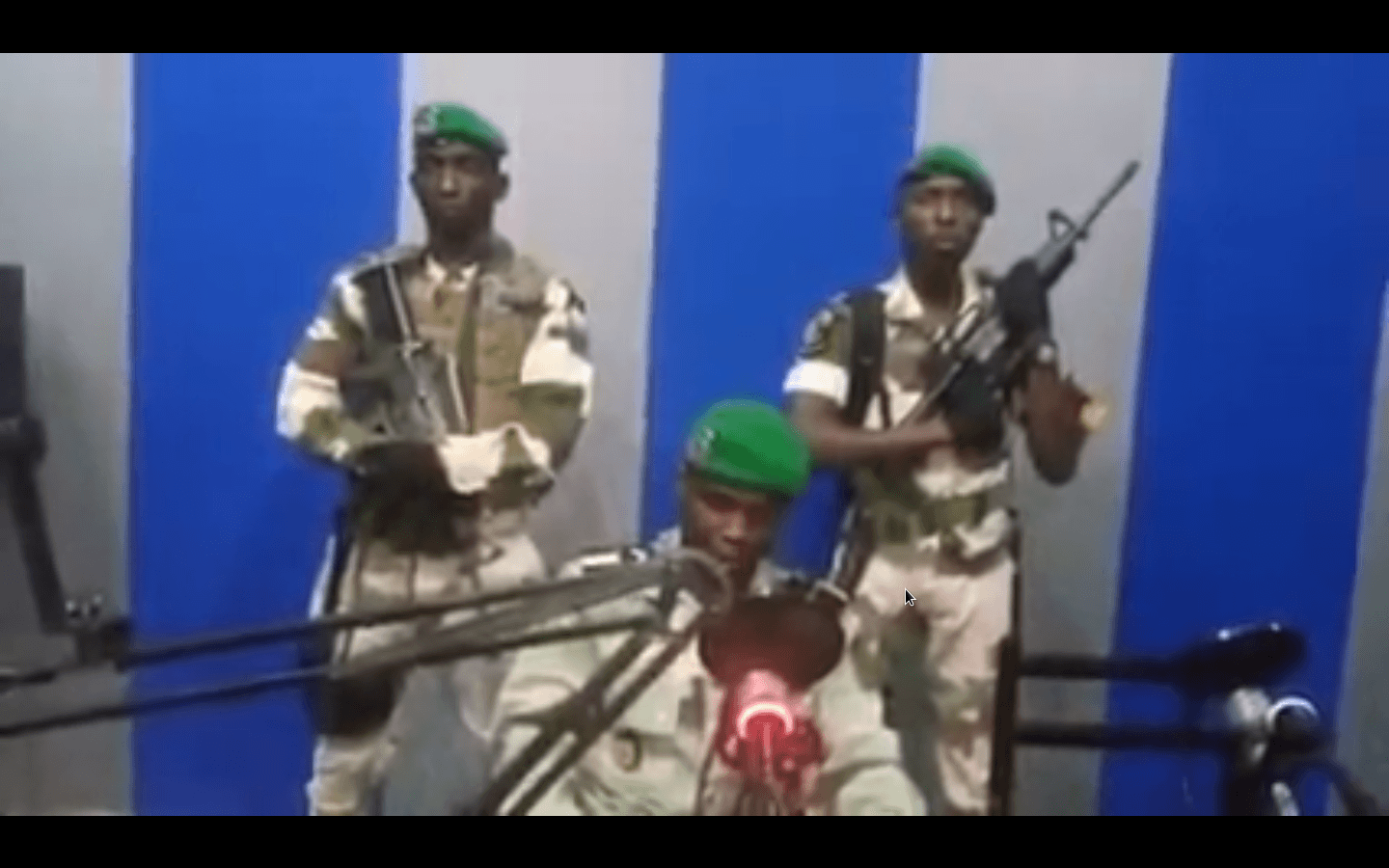 #BREAKING: Military coup underway in Gabon, according to broadcast on national radio

#BREAKING: Military coup underway in Gabon, according to broadcast on national radio

Gabon’s army has reportedly attempted a coup with soldiers announcing the establishment of a “restoration council” after taking over the national radio station.

Reading out a statement on Monday, the military officers condemned President Ali Bongo who addressed his compatriots last week from Morocco for the first time since reportedly suffering a stroke in October.

A New Year’s address by Bongo “reinforced doubts about the president’s ability to continue to carry out of the responsibilities of his office”, said Lieutenant Kelly Ondo Obiang, leader of the self-declared Patriotic Movement of the Defence and Security Forces of Gabon.

There were reports of shots being fired in Gabon’s capital Libreville.

Gunfire was heard around state television offices in the centre of the capital at about 6:30am (05:30 GMT), and military vehicles blocked access to the site, an AFP news agency correspondent reported.

Bongo, 59, suffered a stroke on October 24 while visiting Saudi Arabia and has since been treated in Morocco. His family has ruled the oil-rich central African nation for nearly half a century.

The president posted a video message recorded in Rabat and distributed via social and traditional media last Monday in which he admitted he had “been through a difficult period”.

But he added: “Today, as you can see, I am preparing to meet you again soon.”