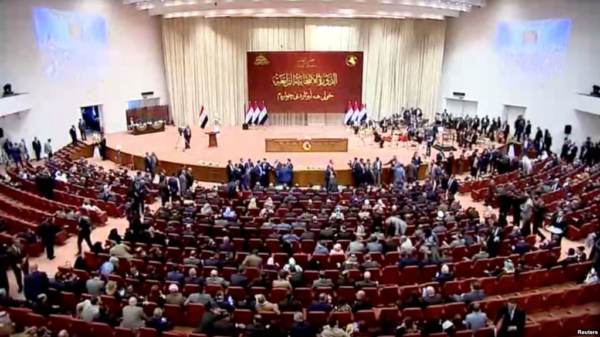 The Iraqi Parliament held an emergency session on Sunday to discuss the US airstrike in Baghdad that killed Iranian terror leader Qassem Soleimani and Iraqi militia commander Abu Mahdi al-Muhandis. On Saturday Iraq’s Speaker vowed to put an end to US presence in the country.

BREAKING — Iraqi parliament votes for the withdrawal of all U.S forces and the @coalition from #iraq and submits a complaint to the @UN against the U.S for violating the sovereignty of the country. #Iran #Iranattack https://t.co/bSkUjPwqpH

#BREAKING: Kurdish MPs have rejected cooperation with the Iraqi parliament on expelling US forces from Iraq. To them, this means handing the entire country off to Iran. pic.twitter.com/pMmNxMR4om

BREAKING: Iraq’s Parliament vows to eliminate the US presence in #Iraq — deputy parliament speaker says they’ll hold an emergency meeting & make "decisive decisions that put an end to US presence inside Iraq"