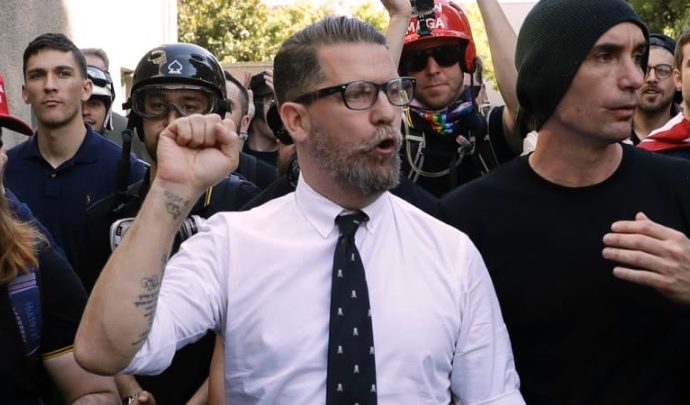 As of 5:39 P.M. on Saturday BlazeTV tweeted “Blaze Media no longer has a relationship with Gavin McInnes, and per company policy, cannot comment on personnel matters.”

Blaze Media no longer has a relationship with Gavin McInnes, and per company policy, cannot comment on personnel matters.

McInnes was part of the talent Blaze Media gained as a result of its merger with CRTV and the host of the popular show “Get Off My Lawn” with Gavin McInnes. The merger has been estimated to reach around 165 million people on all platforms. McIness’ departure is the second out of two people from the CRTV who have left Blaze Media since the merger earlier this week.

Neither Malkin or McIness has revealed a reason for their leaving Blaze Media, but it appears to be very upsetting to many on the former CRTV side of the merger as several have said they are canceling their subscription with McIness’ leaving.

I am a long time CRTV member . I am disappointmented that Gavin McInnes has been removed from my subscription. I may now cancel. I enjoyed CRTV’s diversity of thought, but if under “Blaze” leadership this diversity is suppressed, I will no longer be a paying customer.

Never thought I’d say this, and it pains me to do so, but I’m strongly considering cancelling my subscription. I don’t think it’s right that I was billed for both CRTV and TheBlaze just a couple days before the merge. Glenn seems to be more interested in himself than the mission.

The new Blaze is already going up in flames. Glenn Beck ruins everything he touches.

Remember when Gavin McInnes used be cool enough to hang out with Bob Odenkirk? Going extreme into politics is a bad idea, man. Doesn’t matter what side you’re on. Don’t do it. pic.twitter.com/MFpY53b9fH

The outrage at @glennbeck @theblaze and @CRTV over Gavin Mcinnes is precisely why the right sucks right now, and will keep losing into the near future. Lets all assume things, flame and blame and burn our bridges. Good job folks.