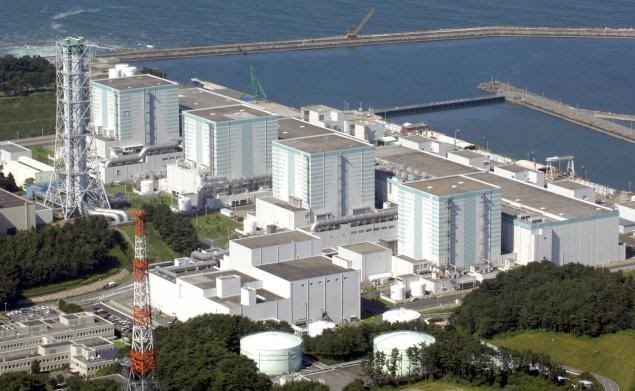 <National Report> On August 31st, four days ago the National Report ran the story… Fukushima Crisis Escalates Tons of Radioactive Waste Released into the Pacific Causes Ocean to Boil… http://wp.me/p3dd01-1QB. Since then we have been taking calls and emails from people all over the world wanting to confirm our story.

Two days after running the story we received an email from the World Nuclear Association, the mouthpiece of the nuclear industry who runs the website: www.world-nuclear-news.org, demanding we remove the story as it had resulted in a rush of people contacting this organization for more information. Per our policy however we refused to comply. 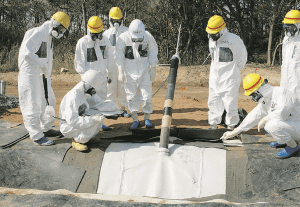 Due to the great deal of concerns and questions people have since the story broke and the fact that the world now knows that Japan has been anything but forthcoming with the truth the National Report sent it’s Editor-in-Chief Nigel Covington, to Fukushima to get to the bottom of the real Fukushima story.

New revelations coming out of Japan just days ago after the government took charge of this global emergency two years after the March 11, 2011 nuclear plant catastrophe it is clear that the government has intentionally failed to report the extent of the disaster to the people of the world. Nigel is in Fukushima now and we have received his first report on the disaster which follows.

<Fukushima> Reporting from the village of Fukushima I was shocked to find on my arrival that hundreds of whale carcasses were found along the beach early this morning which now extend up and down the shore as far as I can see. 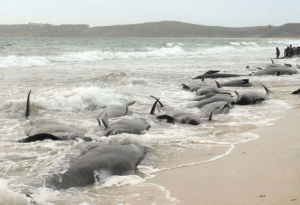 The Scene Near Fukushima Today – Killed by Nuclear Radiation

The scene is absolutely devastating especially since no word of this latest crisis has been reported to the Japanese people or to the rest of the world. In fact the Japanese government has remained silent about today’s latest events.

Local residents claim they were told not to worry as the nuclear plant was brought under control shortly after the March 11, 2011 incident and there was little to no radiation concerns.

But what I’m hearing from experts and scientist here today is that they estimate 219,000 tons of nuclear waste has leaked into the Pacific Ocean over the past two years which up until 14 days ago TEPCO had kept a secret. After it was reported that at 300 tonnes (300 long tons; 330 short tons) of “heavily contaminated water” has been leaking from a storage tanks into the ocean daily. They also state the ground water in the region has been contaminated with high levels of radiation, but since the government stepped in to take control of the site relieving TEPCO the government has said little about the events taking place here.

It is an outrage for the government to remain silent. Two scientist I spoke to on the beach tell me maybe the government has been silent because no one can yet begin to image the impact this debacle will have locally as well as globally. Scientist on the site admit this is a major event but they too can only speculate on what will come tomorrow.