The Washington Post reported late Wednesday night that the autopsy of Jeffrey Epstein revealed he had several broken bones in his neck consistent with but, not conclusively proving strangulation. The finding explains the delayed report by the medical examiner on the cause of death for Epstein who was being held in the federal Metropolitan Correctional Center in Manhattan. Epstein was found dead in his cell early Saturday under suspicious circumstances. 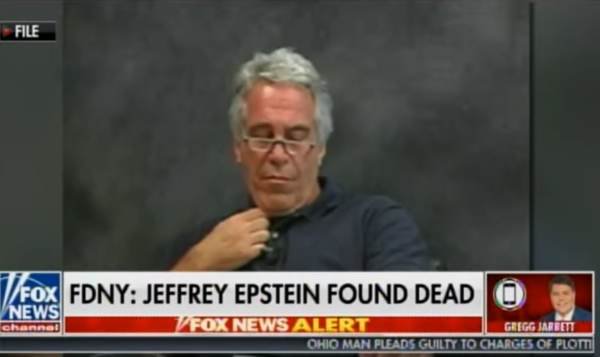 An autopsy found that financier Jeffrey Epstein sustained multiple breaks in his neck bones, according to two people familiar with the findings, deepening the mystery about the circumstances around his death.

Among the bones broken in Epstein’s neck was the hyoid bone, which in men is near the Adam’s apple. Such breaks can occur in those who hang themselves, particularly if they are older, according to forensics experts and studies on the subject. But they are more common in victims of homicide by strangulation, the experts said.

The details are the first findings to emerge from the autopsy of Epstein, a convicted sex offender and multimillionaire in federal custody on charges of sex trafficking. He died early Saturday morning after guards found him hanging in his cell at the Metropolitan Correctional Center in Manhattan and he could not be revived.

…The office of New York City’s chief medical examiner, Barbara Sampson, completed an autopsy of Epstein’s body Sunday. But Sampson listed the cause of his death as pending.

…People familiar with the autopsy, who spoke on the condition of anonymity due to the sensitive stage of the investigation, said Sampson’s office is seeking additional information on Epstein’s condition in the hours before his death. That could include video evidence of the jail hallways, which may establish whether anyone entered Epstein’s cell during the night he died; results of a toxicology screening to determine if there was any unusual substance in his body; and interviews with guards and inmates who were near his cell.

Jonathan Arden, president of the National Association of Medical Examiners, said a hyoid can be broken in many circumstances, but is more commonly associated with homicidal strangulation than suicidal hanging…

This report follows other reports that Epstein’s guards slept on their shift, not checking on Epstein as required and forged worksheets to cover-up their failure to do their job; and that screams were heard from Epstein’s cell.