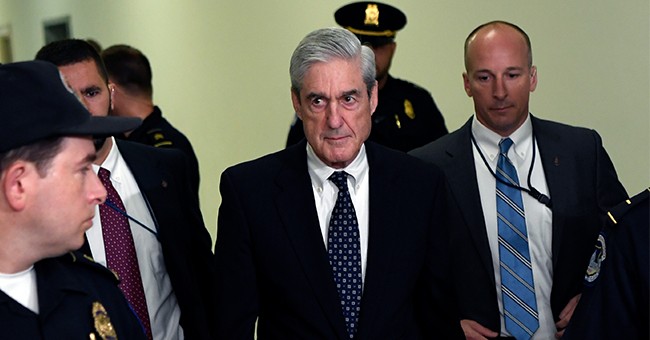 Team Mueller All Star has maybe changed to Team Durham.

Something has happened in the Durham investigation of the origins of the Russia rumor hoax, and a rumor circulating among Washington, D.C., federal criminal defense att0rneys is that a former member of Robert Mueller’s Special Counsel’s Office (SCO) has “flipped” and is providing information to the investigators regarding the work of the SCO.

This is the earliest Tweet I can find on the subject:

RUMINT: Talk From Many DC Lawyers Saying One Of Special Counsel Robert #Mueller's Prosecutors Has "FLIPPED" & Is Now Cooperating With US Attorney John #Durham's Investigation Into The Origins Of #RussiaCollusion Investigation. A Single Name Is Being Repeated…Developing… pic.twitter.com/2ulUVGAlHU

This kind of “rumor” very often turns out to be true, because it is nearly impossible for the legal staffs involved — the Gov’t and the cooperator — to keep a lid on everything.

Earlier today, before the Basham Tweet, there was this:

Can’t say why without betraying a confidence, but I just had a BIG restoration of faith moment in AG Barr and Durham.

Cardillo is former NYPD and has 200k+ followers on Twitter.  He has pretty decent connections in New York law enforcement circles.

This rumor follows on the heels of the release last week of records showing several members of the Special Counsel’s Office “wiped” their SCO-issued cell phones clean on one or more occasions.

In his book, which was released two days ago, Andrew Weissmann covers this question, writing that Jeannie Rhee cautioned everyone that everything they committed to writing during their work for the SCO would be subject to a later “investigation of the investigators” that was sure to follow, based on her years of experience working in Washington, D.C.

JUST SPECULATING, but Weissmann has been agitated almost from the moment he took to Twitter a few months ago over the investigation being conducted by Durham and AG Barr.  But his agitation went into overdrive when U.S. Attorney Jensen began looking at the SCO’s handling of the prosecution of General Flynn.

It cannot be overlooked that, while most of the more senior DOJ “veterans” on the SCO went to lucrative careers in private practice after departing, several of the younger members of the SCO returned to positions in the Department of Justice.  That means they have been subject to potential investigation by internal DOJ disciplinary offices like the Inspector General or Office of Professional Responsibility.  Issues like “wiping” their SCO- issued phones without authorization, likely in violation of DOJ policy, might not mean much to Andrew Weissmann and Jeannie Rhee, but for younger attorneys still in DOJ like Brandon Van Grack, Aaron Zelinsky, and Adam Jed, their DOJ careers might hang in the balance — and potentially their licenses to practice law.  It is possible they were directed or encouraged to take some actions they now regret, or for which they are now vulnerable to leverage by Durham or other government investigators.

I will update this story or post something new as developments warrant.