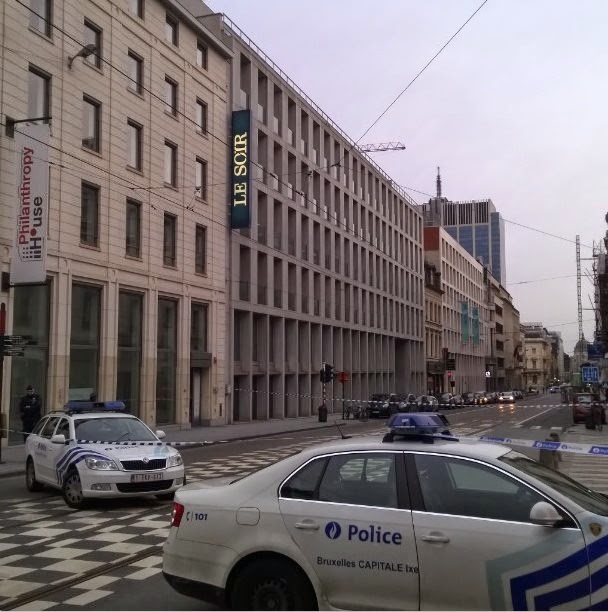 The evacuation of Le Soir, a French-language daily, came as thousands of people marched through Brussels in solidarity with France following Islamist attacks on Charlie Hebdo and other sites.

“An anonymous caller made threats against the editorial side of the paper, after which it was decided to evacuate the building,” Maroun Labaki, in charge of the paper’s foreign pages, told the Belga news agency.

The caller told journalists the bomb was “going to go off in your newsroom,” Le Soir journalist Martine Dubuisson tweeted.

An anonymous caller advised to take the threat seriously and to stop covering the Charlie Hebdo topic because “it feeds the extreme right,” Le Soir wrote on its website.

Police closed off the road around the paper’s offices.

Le Soir was one of many European papers that reprinted cartoons from Charlie Hebdo including some mocking the prophet Muhammad.

A German tabloid that reprinted them was firebombed on Sunday.

Via person present at location:

Man who threatened to blow up @lesoir says it’s “in the name of the far-Left” to “stop news reports on #CharlieHebdo” http://t.co/Sf7lwHv5GG