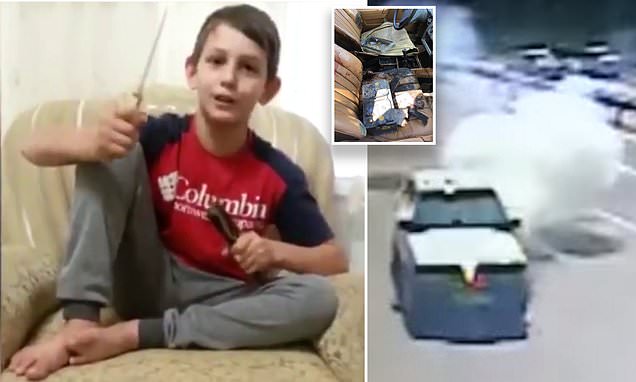 The Chechen child Mukhamad-Amin Akhmatkhanov, 11, brandished a knife as he said he had been created ‘in order to lift up high the banner of Allah…with the help of blood.’

Boy, 11, vows to cut off his enemies’ heads in chilling ISIS video before he and his brother, 17, are shot dead by police after ramming a car into cops in Chechnya