While pushing a billion dollar ‘pandemic prevention’ global government health ‘solution’ at a TED Talk this week, Bill Gates addressed ‘conspiracy theories’ regarding himself and COVID vaccines, calling those who speak about them “crazy.” 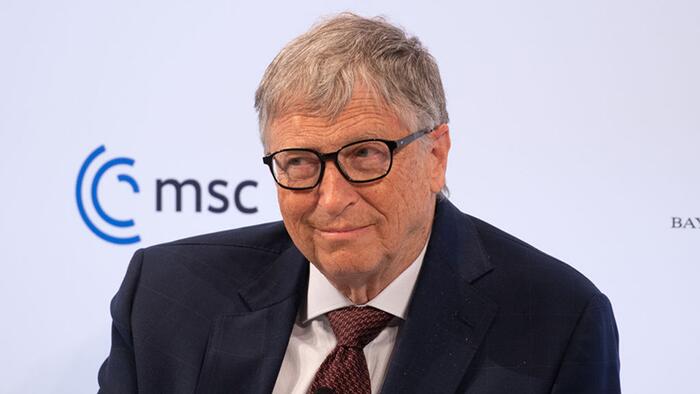 In an appearance at the TED2022 conference in Vancouver, Canada, Gates declared that it was “somewhat ironic” that protesters had gathered outside the venue because he has “saved tens of millions of lives.”

Gates said that “The Gates Foundation is very involved in vaccines, the invention of new vaccines, funding vaccines. So it’s somewhat ironic to have somebody turn around and say we’re using vaccines to kill people or to make money or we started the [Covid-19] pandemic,” Insider reported.

Gates continued, “Or when we started during the pandemic, even some strange things — like that I somehow want to track, you know, the location of individuals — because I’m so deeply desirous of knowing where everyone is.”

Gates also proclaimed that it’s “kind of weird,” that people don’t like him, adding “Does this turn into something where there’s constantly crazy people showing up?”

“Hopefully as the pandemic calms down, people are more rational about, ‘Hey, vaccines are a miracle and there’s a lot more we can do,’” Gates further stated.

Gates spent most of the speech pushing his vision for a global emergency-response squad under the acronym GERM, Global Epidemic Response and Mobilization.

Bill Gates sells TED audience on $1-billion solution for preventing pandemics
Bill Gates proposes a team of 3,000 doctors, epidemiologists and diplomats to be coordinated by the World Health Organization at the cost of $1 billion a year. https://t.co/5KDYR0BtHO

The following footage of protesters, said to be taken outside the venue, was uploaded to social media:

“Bill Gates, you’re not welcome here.” A protest against globalism has gathered near the Vancouver Convention Centre were Bill Gates is scheduled to speak at the 2022 TED Conference. https://t.co/AxdZaUWh3V

The ‘world’s most powerful doctor’, Gates previously declared that China did “great work” containing the coronavirus, before announcing that “sadly” Omicron is a “type of vaccine” and has “done a better job getting out to the world population than we have with vaccines.”

He has constantly described anyone who questions his global vaccine push as “crazy,” calling for censorship of dissenting opinion.

Gates, the saviour of the world, also previously mocked anti-mask protesters, declaring that protesting having to wear a mask is akin to being against wearing pants.