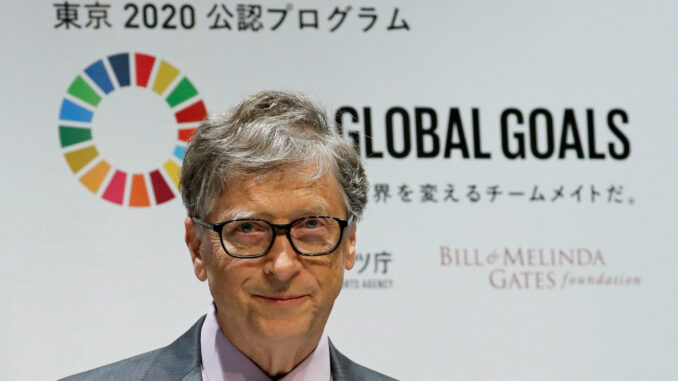 Gates told The Guardian, a left-wing newspaper he subsidizes for $13 million a year, that he used to think that online “conspiracy theories” about himself

Bill Gates has admitted that he hopes the “crazy conspiracy theories” about his globalist agenda “start to silence”, while admitting that the elites have not yet found a way to convince everyone to accept his plans, reports Newspunch.com.

Gates told The Guardian, a left-wing newspaper he subsidizes for $13 million a year, that he used to think that online “conspiracy theories” about himself were being spawned by “a bot that sends crazy messages. ” But when he ventured out in public during the pandemic, he realized how many people passionately hated him.

“There have been a few instances where I’ve seen people in public yelling at me that I’m putting chips in people, and that’s kind of weird to see: ‘Wow, those people really exist, it’s not just some bot that sends crazy messages.””

“I think it’s starting to wane,” the unelected world health minister said. “I hope so, it’s tragic if it has made people more reluctant to trust vaccines or wear masks where they should have.

It was quite a phenomenon; here in the US it focused on me and Tony Fauci, and internationally it was more just me because they didn’t know who Tony was, he really missed that!

But you know in a way that you don’t want to make fun of it either. Although it is the only way to deal with it rationally, it is quite a severe matter. The innovations in how you get the truth should be as interesting as the big lie – we’re dealing with that in a number of areas, and I haven’t seen a good solution as I think we all would like to see .”

Gates stated that the current world situation is putting him under “great pressure” , also admitting that he and his globalist comrades are getting “poor grades” and experiencing “unexpected setbacks” in rolling out their agenda.

“It would be terrible to turn away from it just because we get bad grades from unexpected setbacks,” he told the Guardian in an exclusive interview ahead of Tuesday’s publication of the annual Goalkeepers Report from the foundation he co-chairs.

According to Robert F. Kennedy, Gates is “engaged in global social and medical experimentation” and possesses a “religious belief that he can use technology (vaccines and GMO farming) to make him the savior of all humanity.”

“Gates’ strategy to buy the WHO [World Health Organization] and buy control of US health officials like Tony Fauci & Deborah Birx” means the Microsoft co-founder can now dictate global health policies that affect 7 billion people and the most can manipulate the intimate details of our lives,” said Kennedy Jr. on his Instagram page.