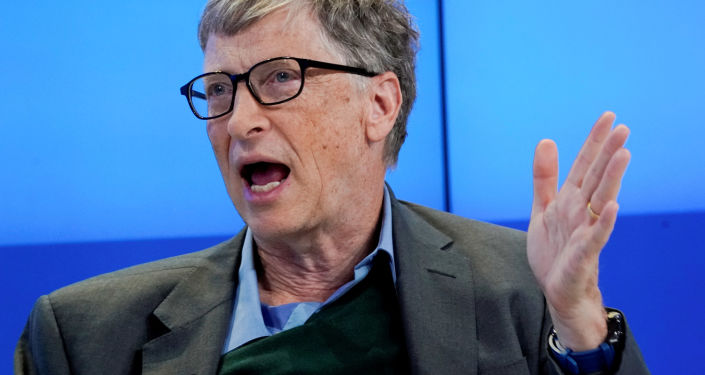 Last month, Bill Gates said a third shot of the vaccine might be needed to battle COVID-19 in the future, as there are concerns that current vaccines are less effective against the new virus variants, such as those from South Africa and Brazil.

American philanthropist and billionaire Bill Gates has predicted that the ongoing rollout of coronavirus vaccines may help the pandemic-hit world return to normal life next year.

In an interview with the Polish newspaper Gazeta Wyborcza and Polish television broadcaster TVN24 on Thursday, the Microsoft co-founder described the pandemic as “an incredible tragedy”, adding that the only good news was access to COVID-19 vaccines.

“By the end of 2022 we should be basically completely back to normal”, Gates asserted.

He also praised efforts by several countries, such as Australia, South Korea, and New Zealand to conduct early PCR tests for COVID-19 among the population, which helped them avoid exponential growth in coronavirus infections.

According to the billionaire, the US as well as most countries in Europe and South America failed to do and paid the price.

The remarks follow Gates telling CBS Evening News in mid-February about the need to administer a third shot of the coronavirus vaccine amid fears that current vaccines are less effective against the new virus strains.

In late January, the Microsoft co-founder tweeted that he received his first dose of the COVID vaccine and that he felt “great”. He also thanked “all of the scientists, trial participants, regulators, and frontline healthcare workers who got us to this point”.

One of the benefits of being 65 is that I’m eligible for the COVID-19 vaccine. I got my first dose this week, and I feel great. Thank you to all of the scientists, trial participants, regulators, and frontline healthcare workers who got us to this point. pic.twitter.com/67SIfrG1Yd

As for Gates’ Gazeta Wyborcza interview, it comes after President Joe Biden announced last week that the US was on track to achieve the goal of administering 100 million COVID-19 vaccine shots within the first 100 days of his presidency.

POTUS earlier said that he was invoking the Defence Production Act to direct production of Johnson & Johnson’s single-shot COVID-19 vaccine, ensuring the US will have a shot for every American adult by the end of May – two months ahead of the previous schedule.

In a separate development, several European countries, including the Netherlands, France, Italy, Sweden, and Denmark, have suspended the use of the AstraZeneca/Oxford vaccine following reports that the jab could cause blood clotting.

Source: Bill Gates Gives His Thoughts on When the World Will ‘Be Back to Normal’ From COVID Pandemic – Sputnik International