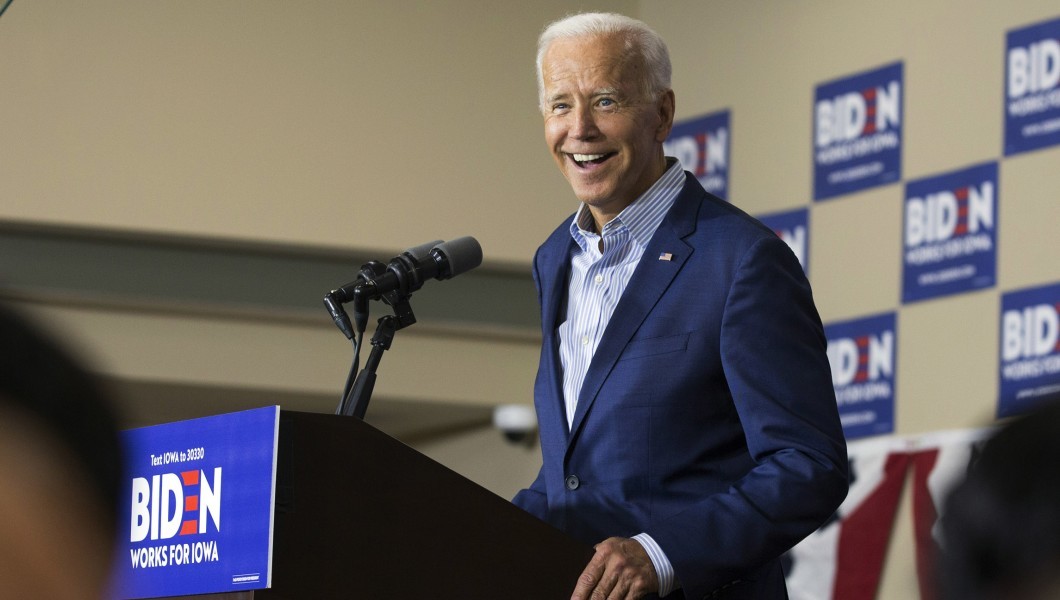 Joe Biden let slip that his campaign was collecting dirt on his rivals for the 2020 Democratic presidential nomination.

“I mean, I get all this information about other people’s pasts, and what they’ve done and not done. And you know, I’m just not going to go there. If we keep doing that — I mean, we should be debating what we do from here,” Biden told CNN in a Friday interview, referring to the crowded field of two dozen White House hopefuls.

In May, Biden, 76, promised not to attack his rivals, saying: “I will not speak ill of any of the Democratic candidates, I will not do it.”

Although Biden said he wouldn’t use the opposition research, he made the comments while being grilled on the scrutiny his past approach to race issues is receiving.

Sen. Kamala Harris of California last week ripped Biden during the opening Democratic National Committee debate in Miami for his opposition to federally mandated busing in the 1970s, a policy aimed at encouraging educational integration. She also took him to task for his remarks about working with known segregationists in the Senate at the same time.

Should Biden use the information, the change in strategy would mark a pivot from his attempt to craft an affable “Uncle Joe” persona and an abandonment of his promise to stay positive.

Before the attacks from Harris and New Jersey Sen. Cory Booker on Biden for his segregationist comments, the Democratic race for the White House had been relatively genteel.

With seven months still until the Iowa caucuses, the former vice president has repeatedly said on the campaign trail that he is seeking the presidency because he wants “to restore the soul of this country” and “unite” the nation. He has also vowed to support the party’s eventual standard-bearer, who will be anointed at the Democratic National Convention next July in Milwaukee, Wisconsin.

More at Source: Biden warns Democratic rivals he’s got ‘all this information about other people’s pasts’