The story here isn’t that a Biden staffer is a racist. The story is that racists think Joe Biden should be president 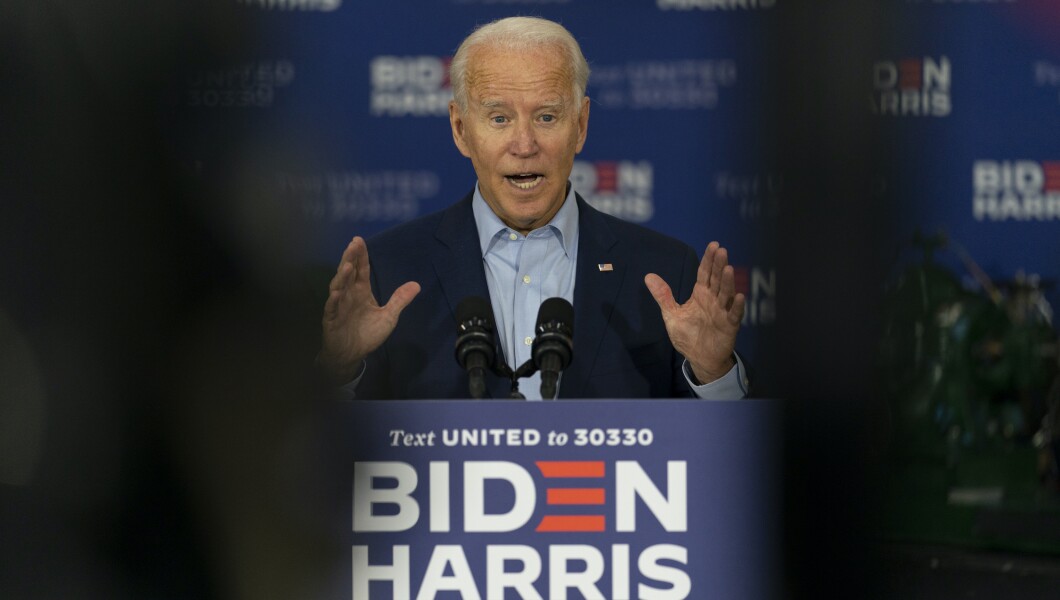 A senior cybersecurity adviser to Joe Biden’s presidential campaign spent years affiliating with a hacking organization and boasted on a personal blog about breaking into her neighbor’s computers.

A senior cybersecurity adviser to Joe Biden’s presidential campaign spent years affiliating with a hacking organization and boasted on a personal blog about breaking into her neighbor’s computers.

Jackie Singh, who joined the Biden campaign in July as a senior cyber incident responder and threat analyst, was an affiliate of the hacking organization the Gay N—– Association of America, once headed by white nationalist Andrew Auernheimer.

Logs obtained by the Washington Examiner from various Internet Relay Chat rooms, a messaging platform dating back to the 1980s that is popular with hackers, show Singh to be a contributor to a toxic culture of overt racism. In August, Singh wrote on Twitter that her role with the Biden campaign focused on “working tirelessly to ensure the digital safety of this campaign.”

From 2009 to 2016, Singh, under the username “jax,” routinely spammed advertising for the GNAA, which relied upon shock messaging to attract members, in IRC channels. Screenshots show that Singh used the same handle, “jax,” on Stickam, a defunct streaming platform popular in the mid-2000s.

Evidence providing a picture of Singh’s background raises questions about the vetting process of the Biden campaign in its hiring, seven weeks before the Democratic nominee faces President Trump for the keys to the White House.

“People who are well respected don’t come from trolling or hacking groups. There’s been a culture shift there. Companies don’t want to hire people with sketchy backgrounds,” said Gene Spafford, a leading cybersecurity expert and Purdue University computer science professor. “They want people who are trustworthy. There are insider threat problems.”

The GNAA, described by the Terrorism Research and Analysis Consortium as an “extremist right wing terrorist group,” has claimed responsibility for a variety of attacks on webpages and businesses, including on then-candidate Barack Obama’s 2008 presidential campaign page, and vandalizing the Wikipedia pages for Hillary and Bill Clinton in 2016.

Most of the chat logs obtained by the Washington Examiner come from the #2600 IRC channel, a popular hangout for hackers and those interested in cybersecurity. A 2017 University of Arizona study described the channel as a “highly active hacker community which quarterly publishes hacker magazines, organizes monthly hacker meetings, and regularly provides a forum for hacking knowledge dissemination, hacker events, computer underground organization, etc.”

Throughout the logs seen by the Washington Examiner, Singh repeatedly uses racial slurs and off-color jokes in conversation with other members. In one instance, she expresses frustration that the use of the N-word had been banned from the IRC channel. Other times, Singh justifies the use of the word, recounting frustrations with job recruiters.

Archived tweets from Singh’s personal account show her interacting with Auernheimer in 2015. Tweets from October 2015 show Singh referring to the two of them as “friends.”

Auernheimer, who reportedly lives in Eastern Europe, is an avowed white nationalist who sports a swastika tattoo on his chest. In 2017, he worked as the webmaster for the neo-Nazi website the Daily Stormer. Following the 2019 El Paso Walmart shooting by a white supremacist that left 22 dead, Auernheimer wrote that “random violence is not detrimental to the cause, because we need to convince Americans that violence against nonwhites is desirable or at least not something worth opposing.”

In the #2600 chat, Singh would often link to tweets from her personal account boasting about how she would troll politicians such as former Florida Gov. and 2016 Republican presidential candidate Jeb Bush. Photos provided to the Washington Examiner show Singh in 2018 at a #telephreak party, a phone-based hacking collective affiliated with #2600. Other photos showed Singh at events with other #2600 members.

Outside of the IRC channel, Singh briefly maintained a personal LiveJournal blog under the pseudonym “jax0m,” in which she discussed issues with her first marriage and frustrations in the workplace. The blog has since been deleted, but an archive remains viewable on the WayBack Machine. In a post dated Jan. 12, 2005, Singh boasts about hacking into the laptop of her neighbor, a purported Halliburton employee, and describing the victim with homophobic slurs.

The Washington Examiner asked the Biden campaign about Singh’s history in the IRC chat, as well as the contents of her blog and her public interactions with Auernheimer. Despite repeated outreach for comment, the Biden campaign would not speak to the issue on the record but did provide a statement from Singh.

“These accusations are categorically untrue and the words falsely attributed to me are anathema to the values I’ve embraced and championed in my life,” she said. “I’ve never been a member of that group, and the chat logs have been faked and promoted by individuals as part of an ongoing online harassment campaign.”