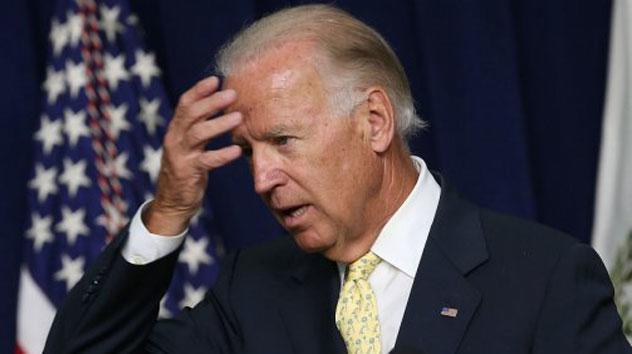 Joe Biden is signing executive orders as if he only has 10 days left to live. As he hastily continues to undo everything President Trump put into place to better our nation, ridiculously anti-American orders are being tossed into the flurry.

Just the other day, the Biden-run Pentagon was caught red-handed trying to fast track COVID-19 vaccines to detainees held at Guantanamo Bay. Once caught, they abruptly backtracked…

President Joe Biden plans to sign three executive orders on immigration Tuesday, including one that would allow for illegal immigrants to be vaccinated against COVID-19 as they cross the border.

According to DHS, the agency “and its Federal government partners fully support equal access to the COVID-19 vaccines and vaccine distribution sites for undocumented immigrants. It is a moral and public health imperative to ensure that all individuals residing in the United States have access to the vaccine. DHS encourages all individuals, regardless of immigration status, to receive the COVID-19 vaccine once eligible under local distribution guidelines.”

House Minority Whip Steve Scalise (R-La.) ripped the Biden administration for its decision to put people coming into the country illegally ahead of any American citizen.

“First of all, think about this. In President Biden’s first week and a half, two weeks in office, we’ve seen millions potentially of jobs in America destroyed, but now you are looking at his latest plan on the vaccine. He inherited a great plan from President Trump through Operation Warp Speed where we’re gonna be vaccinating 100 million Americans in the next 100 days, and what has President Biden done?” Scalise noted.

“First we exposed he was trying to prioritize Gitmo terrorists over Americans in getting the vaccine. They pulled back on that after we exposed it. Now he is saying that people who came here illegally can jump ahead of other Americans who have been waiting to get the vaccine on that prioritization,” the GOP lawmaker added.

“Clearly not everybody who wants to get it has been able to get that vaccine, and now President Biden’s gonna allow people who come here illegally to get the vaccine before some Americans who have been waiting for months. It’s mind-boggling that this is his plan, and by the way, it sets back his 100-day plan because there’s only so much vaccine to go around,” he said.

Expect more of this ‘Americans last’ mentality for the next four years.