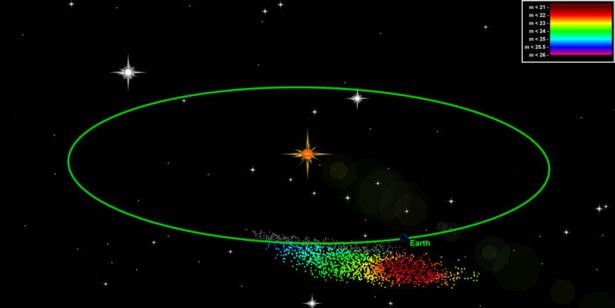 Source: Beta Taurid meteor SWARM is headed for Earth and could have ‘catastrophic impact’ – Mirror Online

A swarm of meteors heading towards Earth could have a catastrophic impact on our planet and its inhabitants, scientists have warned.

The Beta Taurids is a meteor shower that takes place every year between June 5 and July 18, when the Earth passes through a broad stream of debris left by Comet Encke.

It is less well known than some other meteor showers because it peaks after sunrise, making the “shooting stars” much harder to see.

However, scientists believe that the cloud of debris may contain large space rocks that could pose a significant threat to life Earth.

Taurid Meteor Storm Brewing… Here is the timing and when to watch.