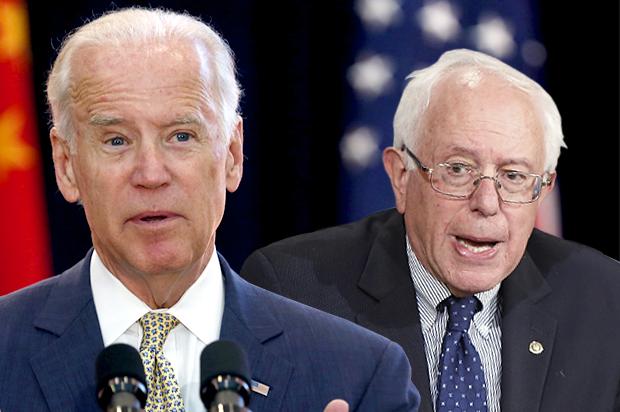 “The mainstream media and the DNC are colluding against the American people. That’s what it feels like. It’s the same thing all over again.”

Bernie Sanders supporters are getting that familiar feeling that the DNC is conspiring to screw their favorite candidate out of the Democratic nomination in 2020 – this time in favor of former Vice President Joe Biden, according to the Washington Examiner.

Biden’s early domination over the rest of the Democrats – when Sanders had consistently been polling as the lead contender – smacks of 2016, when the DNC and Clinton campaign worked together to ensure that Sanders was left in the dust. Sanders, as some may recall, came to heel and rallied behind the former Secretary of State in her losing bid to Donald Trump.

“The mainstream media and the DNC are colluding against the American people. That’s what it feels like. It’s the same thing all over again,” said Massachusetts neuroscientist and Bernie Sanders supporter Laurie Cestnick, who founded Occupy DNC in order to protest Clinton’s nomination during the party’s 2016 Philadelphia convention.

If they feel jilted again, Ms. Cestnick and fellow activists say they are not afraid to stage another revolt at the 2020 Democratic National Convention in Milwaukee, even if doing so damages the party’s nominee ahead of the general election contest against President Trump.

Sanders backers already mistrust polls that show Mr. Biden with a commanding lead and the news organizations that have put a spotlight on the former VP since he joined the race April 25. –Washington Examiner

“People are becoming more upset and becoming more firm behind Bernie due to mainstream media not covering a lot of his events and the strong push for Biden,” said Cestnick, adding “Is 2016 going to happen all over again? It is sure feeling like it. But I tell you, they are going to see a fight like they have never seen before.”

The DNC is trying to avoid a spectacle similar to 2016, in which Sanders delegates stormed off the convention floor and staged massive protests in the streets and parks surrounding the convention center (after which a Sanders adviser was accused of forcibly kissing a subordinate and suggesting she ride his ‘pole’).

According to Clinton campaign aides, the discord within the DNC after Philadelphia contributed to her narrow losses in Pennsylvania, Michigan and Wisconsin.

DNC Chairman Tom Perez attempted to heal the party by adopting new rules for debates and nomination ballots. But Mr. Sanders‘ supporters are unconvinced that the primary race is on the up and up.

The role of superdelegates — elected officials, DNC members and other party dignitaries who get to cast nominating votes at the convention for whomever they wish — remains a sore subject. In 2016, the superdelegates’ overwhelming support for Mrs. Clinton gave her an insurmountable lead heading into the convention. –Washington Examiner

According to the report, new rules deny super delegates a vote in the first ballot at the convention, which means that delegates selected in primaries and caucuses will pick the nominee. If none is chosen the first time, the superdelegates can then vote and potentially decide the outcome.

“If [superdelegates] pick the No. 2 or the No. 3 candidate, it is a recipe for disaster,” according to Larry Snider, president of Our Revolution Jacksonville, one of the more than 600 pro-Sanders grassroots organizations that have persisted since 2016,” adding “I expect the DNC to do the same thing they did in 2016.”