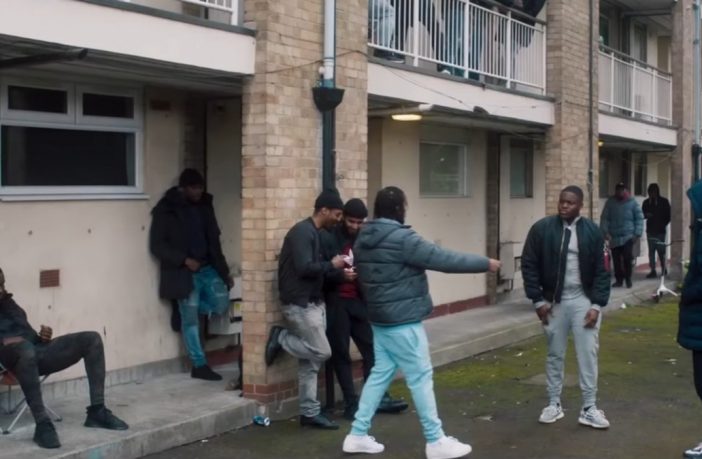 After violence at a showing of ‘Blue Story,’ that saw police with tasers frightening young cinema-goers, the BBC, which backed the gang film financially, has been running with wild claims of racism against the Vue cinema chain.

Following a fight at the Star City screening of ‘Blue Story,’ police arrested five teenagers and took away two machetes and a knife which they found at the scene. Meanwhile, young children at the Vue complex, which was also screening ‘Frozen 2,’ were left in tears after dozens of police arriving at the melee were met with violence and resorted to using their tasers to regain control and clear the cinema, before it was shut for the evening.

Vue Cinemas then pulled the film about a South London postcode war from its 91 nationwide cinemas and now Showcase has followed suit. Breaking with the cinema solidarity, Odeon are still screening the film. The ham-fisted move backfired, however, and Vue has now been branded “institutionally racist” by the considered minds on Twitter and have something of a PR disaster on their hands. Unfortunately for them, it has been pointed out that cinemas across the USA still screened ‘The Dark Knight Rises’ even after the 2012 shooting that left 12 people dead and 70 injured at a midnight showing in Aurora, Colorado.

The key issue here in the UK is why this latest incident happened in the first place. How have things become so worryingly everyday violent, that a young teenager heads off for a night at the cinema with his friends tooled up with knives and machetes? While we in Britain may not have the ready accessibility to firearms that they do in the USA, an increasingly disturbing predilection among our youth to cause severe violence and affray, while stabbing and slashing at people with zombie blades, machetes and knives from the kitchen drawer puts us right up there with the world leaders in the field of public disorder.