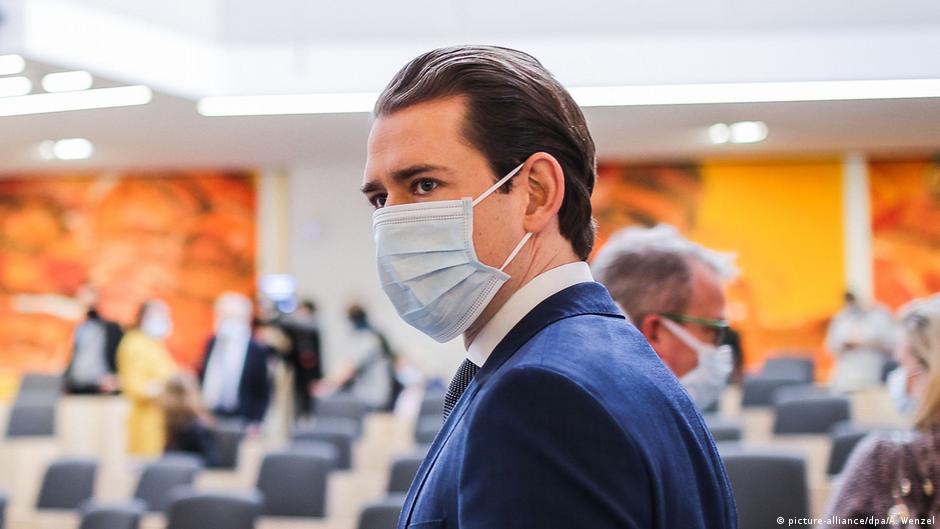 Austria’s government announced Saturday a second mass shutdown and a curfew starting next week until the end of November, in an attempt to halt rocketing coronavirus infection numbers.

The curfew, which is part of a package of measures that kick in at 12am on Tuesday morning, will be in place from 8pm and 6am every night until November 30th.

The curfew can only be broken for a limited set of reasons such as care responsibilities or essential work travel.

Kurz explained that the measure would not entirely prevent people from leaving their home.

“People will still be allowed to go to work, to provide help, and to stretch their legs, but it is a ban on visiting other people during these hours,” he said, adding that private visits were a main cause of the recent surge in infections.

“In Austria we’ve seen an exponential increase in cases and in the last few weeks, and an almost explosive increase in the past seven days,” said Kurz in justifying what he described as “hard measures.”

Also affected will be the hospitality, culture and hotel sectors.

He admitted that the measures represented “dramatic interventions in our social life”.

Unlike the first lockdown in the spring, shops will remain open but the country’s famous Christmas markets fall under the category of events and will therefore have to close.

Universities and high schools will be moved on to distance learning but kindergartens and other schools will remain open.

All offices who can move to home working are being urged to do so.

While Austria’s population of 8.8 million was largely spared the worst of the first wave of the pandemic, in recent weeks the number of positive test results has surged, far exceeding the levels recorded in the spring.

Friday saw yet another new record of 5,627 infections within 24 hours, while Saturday’s figure was barely any lower at 5,439.

At the beginning of October the rate of new infections per day was just over 1,000.

The number of those admitted to hospital after contracting the virus has also been rising, with 64 more admissions recorded on Saturday bringing the total currently receiving hospital treatment to 1,867.

Kurz had previously said he would do his utmost to avoid a second lockdown but said he had been forced to act by the rising numbers.

While Austria had one of the world’s best healthcare systems, “if we don’t act now we our intensive care capacity will be overwhelmed,” he said.

He added he hoped the country could take steps back towards more freedom in December if the new lockdown drove down  infection numbers.

For now Austria has not seen widespread popular opposition to anti-coronavirus measures.

Mr Kurz said that the next few months would be tough for Austria but he repeated his belief that life would return to normal next summer after a vaccine had been brought through trial.

A demonstration by anti-lockdown activists in central Vienna on Saturday drew just 200 people, according to an AFP photographer at the scene.