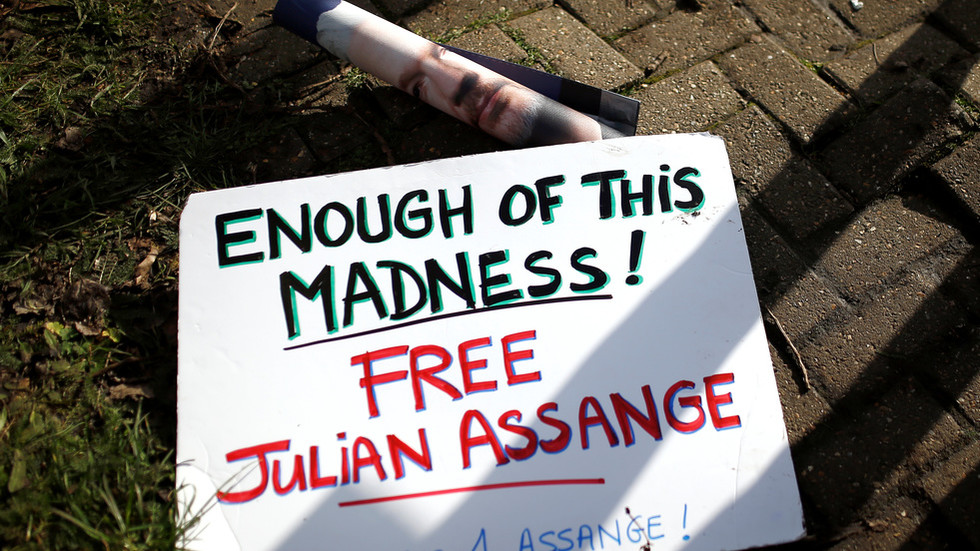 There are new calls from Australia to release Julian Assange from prison over Covid-19 fears. Two MPs, supported on Twitter by the whistleblower’s mother, sent letters to UK authorities calling for his release to home detention.

COVID-19 is in the UK's prisons. #JulianAssange is at high risk due to his chronic lung condition and must be released into home detention. He is no risk to the public. Our letters to the UK Government. #politas #auspol pic.twitter.com/Hr8bRE9Dfb

Assange’s release is important as he would be a “high risk” patient if he contracted the virus given that he has a pre-existing chronic lung condition, they said. The first death due to Covid-19 at Belmarsh Prison, where Assange is being held, was reported on Tuesday.

It was a “reasonable request” by Assange’s lawyers that he could be “put into monitored home detention” with a “24-hour ankle monitor” instead, they suggested.

The letters were retweeted by the whistleblower’s mother Christine, who wrote that it was an effort to “save his life.” They were “great sample letters for supporters” to send, she added.

to save his life from #COVID19 infected UK prison

The two MPs also noted that Assange “fits all of the grounds” for early release according to organizations like the World Health Organization, the United Nations and the UK Prison Officers Association.

Wilkie and Christensen said they had been told that the prison is also short-staffed and normal activity regimens are suspended. Assange is in “poor mental health due to spending much time in solitary confinement” in recent years, and the current prison conditions are “further exacerbating” his condition.

Two weeks ago, Judge Vanessa Baraitser denied an urgent request for emergency bail made by Assange’s legal team, ruling that the pandemic did not provide grounds for his release.

WikiLeaks Editor-in-Chief Kristinn Hrafnsson told RT this week that the prison environment is “like a Petri dish” for a virus, and that the number of inmates who have contracted the illness is “undoubtedly higher than reported.”

Hrafnsson said Assange was in “very bad shape” and would be “very vulnerable” even in normal society. “He is in a situation when his life is in danger every day and every hour,” he said.

Assange has been held at HMP Belmarsh since April 2019, when British police dragged him from the Ecuadorian Embassy in London where he had been living under asylum for almost seven years. He is wanted by the US on charges of conspiring to hack government computers and breaking espionage laws, and is awaiting an extradition hearing.